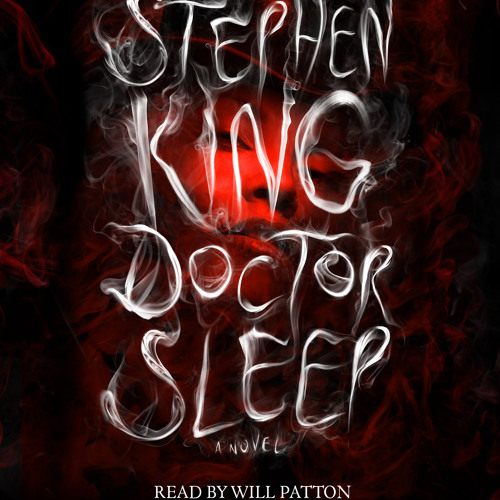 As a parent, I often find myself dreaming for my kids – an easy and natural thing to do. We see these sweet children thriving, and we pour so much of into them, excited about all the possibilities waiting to be fulfilled when they’ll grow up to be. But there’s a fear buried as well – what if we fail? What if our kids fail? What if we live to see all our dreams for them fall by the wayside, and see them broken by the world?

Maybe you remember Danny Torrance, the sweet, psychic kid from The Shining? What happens when we see him grow up, struggle, and hit rock bottom?

But first we see Danny as a kid, a few years after the events in The Shining, which is nice because we also get to revisit Dick Halloran (screw you, Kubrick?) and Wendy Torrance. It reminds us just how much we love this kid – moreso after all he’s survived. It’s probably a good thing, because the next time we see Dan he’s a drifter in his thirties, puking his guts out into a full toilet. He’s wakes up with a girl whose name he can’t remember, has another hangover, and is literally wishing he was dead. It gets worse from there, and it’s just depressing as hell to see the sweet kid from The Shining so ground down by the world as an adult, trying to hide from his abilities, as well as well as some of the denizens from the Overlook Hotel. Dan’s almost worse off than his father. But that’s part of the brilliance of Doctor Sleep, and what makes it so successful. (And yes, if you haven’t read or listened to The Shining, I’d recommend you do that first.)

King writes that memories are the real ghosts – the ones we can never be rid of. There are horrible fathers here – monstrous men far less restrained than Jack Torrance. There are good dads, too – one of them is even a relatively well-adjusted author. But Jackie-boy’s memory is the one that haunts every day of Danny’s life, while some of the residents of the Overlook Hotel haunt him a little more literally. We see Dan at his absolute worst, and the rest of the book we stick with him as he joins AA, struggles with his sobriety, and go to work at a hospice where he helps dying patients move on peacefully.

As he gets back in touch with his abilities, Dan meets 12 year-old Abra Stone, a kid who Shines brighter than he ever did. People are after Abra, and anyone else who has the Shine. Abra enlists Dan to help her stop the True Knot, a group of vampire-like creatures who wander the countryside feasting off kids like Abra. And much like Dick Halloran once did for him, Dan becomes Abra’s mentor.

If I have one complaint, it’s that the True Knot, the psychic vampire villains of the piece, aren’t as terrifying as they should be. And for characters who torture and kill children, they’re a bit of a letdown. I think Doctor Sleep might’ve packed a bit more punch if King was willing to leave some of his characters with scars. That said, I think Abra Stone is a pretty empowering character – a young girl who refuses to be afraid, and unflinchingly chooses to fight back, and there’s a lot to be said for that.

Stephen King is without a doubt a natural storyteller, and he’s matched evenly on Doctor Sleep with a reading by Will Patton – every bit as much of a natural as King himself. Just as Campbell Scott’s reading seemed to match perfectly the barren landscape King placed his characters in in the Shining, Patton’s performance imbues the book like a weary, drifter traveling down what may be his last journey. I didn’t want it to end.

Doctor Sleep is that rare sequel that satisfies. A sequel to a 36 year old book shouldn’t work. Really, it shouldn’t. We’ve all had long-awaited sequels be incredible let downs. But amazingly, Doctor Sleep does work. I don’t think it’s as striking or as haunting of a book as The Shining, but I think it’s possibly more addictive of a listen. It calls back to The Shining in all the right places, and thankfully makes no effort to duplicate the setting or the storyline. Instead, it feels like a very natural continuation of a story and character we care about, and by the end, it actually brought a tear to my eye. Dan Torrance, all grown-up, feels like one of the most authentic characters I’ve read by King, someone we can root for and struggle with, and I couldn’t be happier to ride along with him and Abra on this journey.

Special thanks to Simon & Schuster for providing me with a review copy of this audiobook.

This entry was posted in All Hallow's Listen, reviews. Bookmark the permalink.