DECEMBER 4-10, 2013: We’re well into the quietest weeks of the year in terms of the publishing schedule, but still a few stellar audiobook picks for you this week from anthologies to collections to children’s books and a classic short novel as well as the latest from Dean Koontz and Scott Sigler. In ‘audiobook news’ my eyebrows went up to finally see Nicola Griffith’s Hild on pre-order listings, though under narrator Pearl Hewitt instead of the previously-announced Anne Flosnick. It appears I have been invoking the wrong narrator to “read like the wind” for weeks now! Hewitt will be new to me, but I’ll follow Griffith’s foray into literary historical fiction under whomever’s voice. Well, perhaps not Gilbert Gottfried’s. Anyway. Speaking of “read like the wind”, Pat Rothfuss’ Worldbuilders charity has catapulted past its $50,000 stretch goal, a Paul and Storm performance of “Write Like the (Name of the) Wind”, a re-casting of their George R.R. Martin song in honor of the wait for Mr. Rothfuss’ third Kingkillers novel. It’s fun. So enjoy that, and enjoy this week’s audio picks. And go check out Worldbuilders! 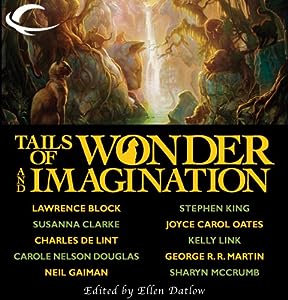 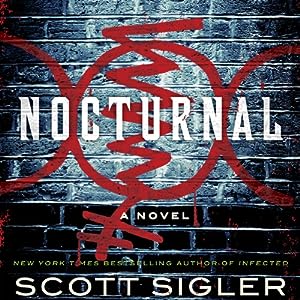 Nocturnal: A Novel by Scott Sigler, narrated by Phil Gigante is one of the more ambitious self-published audiobooks yet. Sigler, no stranger whatsoever to self-publishing, has tapped one of the industry’s best — Gigante has read thrillers by Blake Crouch, Jack Kilborn, and Daniel Silva, and fantasies by Terry Brooks, Drew Karpyshyn, Kevin J. Anderson, and (a very enjoyable listen) Saladin Ahmed, and is the award-winning voice of Harry Harrison’s Stainless Steel Rat series — to narrate for his own Empty Set Entertainment. Sigler originally podcast the novel in 2007, and it was picked up by Crown (Random House) for a print edition last year. “Homicide detective Bryan Clauser is losing his mind. How else to explain the dreams he keeps having – dreams that mirror, with impossible accuracy, the gruesome serial murders taking place all over San Francisco? How else to explain the feelings these dreams provoke in him – not disgust, not horror, but excitement?As Bryan and his longtime partner, Lawrence ‘Pookie’ Chang, investigate the murders, they learn that things are even stranger than they at first seem.”

Cat o’ Nine Tales: The Jane Yellowrock Stories by Faith Hunter, Narrated by Khristine Hvam, collect Hunter’s short fiction in her Jane Yellowrock series. “For the first time – in one Audible-exclusive collection – it’s 13 stories of Jane Yellowrock, the shape-shifting skinwalker and vampire hunter for hire whose business card reads, “Have Stakes – Will Travel”. Jane carries inside her the soul of her Beast, the mountain lion’s soul which merged with hers when she accidently performed black magic as a child. Now, she and her Beast stalk the dark streets of New Orleans, bringing rogue vampires true death. In Cat o’ Nine Tales, you’ll discover how Jane turned into a big cat for the first time; how she and Molly became friends; how Rick LaFleur got his tattoos. You’ll go along on some of Jane’s early vamp hunts. You’ll even hear two short tales through Bruiser’s eyes.” The release is out the same day as a non-fiction guide, The Jane Yellowrock World Companion, and the individual short stories are available standalone as well. 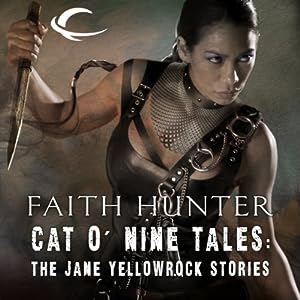 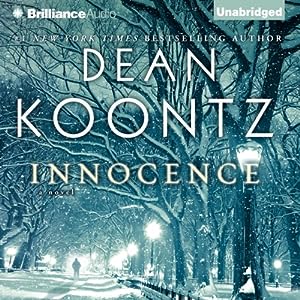 Innocence: A Novel by Dean Koontz, Narrated By MacLeod Andrews (Richard Kadrey’s Sandman Slim, Brandon Sanderson’s Steelheart, Steven Gould’s Jumper, John Green and David Levithan’s Will Grayson, Will Grayson, E.C. Myers’ Fair Coin) for Brilliance Audio is out concurrent with the print/ebook release from Bantam. The infinity-times bestselling Koontz is back with a new standalone novel, perched in between and around more than a few genres. “He lives in solitude beneath the city, an exile from society, which will destroy him if he is ever seen. She dwells in seclusion, a fugitive from enemies who will do her harm if she is ever found. But the bond between them runs deeper than the tragedies that have scarred their lives. Something more than chance—and nothing less than destiny—has brought them together in a world whose hour of reckoning is fast approaching.” 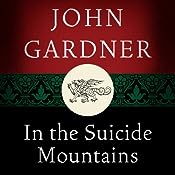 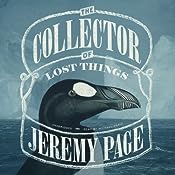 In the Suicide Mountains (1977) By John Gardner, Narrated By Gary Dikeos for Audible Inc. — “An intricately woven fable filled with magical creatures—and astonishing surprises. In this wonderful fantasy, John Gardner weaves tales within tales to bring a magical world to vivid life. When three travelers on their way to the Suicide Mountains meet an enigmatic man, the Abbot of the Ancient Monastery, they begin a series of wild adventures in which they must confront mystical creatures—and come to terms with the roles fate has determined for each of them. Superbly imagined and brimming with philosophical insight, In the Suicide Mountains is a tribute to Gardner’s passion for medieval storytelling, and an unforgettable novel in its own right.”

Fiction: The Collector of Lost Things by Jeremy Page, read by Michael Healy for Blackstone Audio (Dec 7) — “An arctic adventure story fueled by obsession, passion, and gothic influence, The Collector of Lost Things is a gripping literary suspense novel. The worlds of ocean and ice were meeting in a frontier of rage, as if the earth had torn in two along this line. This was a place, if there ever was a place, where you could disappear… The year is 1845, and young researcher Eliot Saxby is paid to go on an expedition to the Arctic in the hope of finding the remains of the by-now-extinct Great Auk, a large flightless bird of mythical status. Eliot joins a hunting ship, but the crew and the passengers are not what they seem. Caught in the web of relationships on board, Eliot struggles to understand the motivations of the sociopathic Captain Sykes; the silent first mate, French; the flamboyant, laudanum-addicted Bletchley; and most importantly of all, Bletchley’s beautiful but strange “cousin” Clara. As the ship moves further and further into the wilds of the Arctic Sea, Eliot clings to what he believes in, desperate to save Clara but irrevocably drawn back into a past that haunts him – and a present that confronts him with myriad dangers.”

Kids: HOW TO TRAIN YOUR DRAGON by Cressida Cowell, read by David Tennant (Dec 10) — the beloved children’s series comes to audio in 8 helpings from book one and on to How to Be a Pirate and all the way to How to Break a Dragon’s Heart; some of which were previously available in the UK but they’re all new to me as audiobooks; I look forward to begging my local library to order a set for my kids to listen to.