Jonathan Lethem’s Gun, With Occasional Music is a Kindle Daily Deal today at $1.99, and offers a $1.99 Whispersync for Voice upgrade to the Nick Sullivan-narrated audiobook from AudioGO on Audible. “Gumshoe Conrad Metcalf has problems – not the least of which are the rabbit in his waiting room and the trigger-happy kangaroo on his tail. Near-future Oakland is an ominous place where evolved animals function as members of society, the police monitor citizens by their karma levels, and mind-numbing drugs such as Forgettol and Acceptol are all the rage. In this brave new world, Metcalf has been shadowing the wife of an affluent doctor, perhaps falling a little in love with her at the same time. But when the doctor turns up dead, our amiable investigator finds himself caught in the crossfire in a futuristic world that is both funny – and not so funny.” 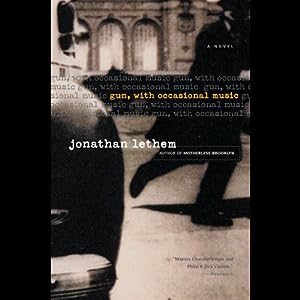 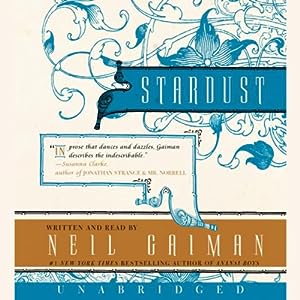 Meanwhile, Neil Gaiman’s Stardust continues to be listed for $1.99 on Kindle as well, with a $3.49 Whispersync for Voice upgrade to the Gaiman-narrated audiobook from Harper Audio on Audible, available in both original and gift editions. “Tristran Thorn will do anything to win the cold heart of beautiful Victoria Forester – even fetch her the star they watch fall from the night sky. But to do so, he must enter the unexplored lands on the other side of the ancient wall that gives their tiny village its name. Beyond that stone barrier, Tristran learns, lies Faerie . . . and the most exhilarating adventure of the young man’s life.”

[Note: I’ve not been covering these kinds of things too much on the blog formally, instead just sharing links on Facebook, Twitter, and reddit, but I’m hoping to get back to doing so centrally from here.]