Well, the first Friday of 2014 does not disappoint in terms of Kindle Daily Deal titles with Whispersync for Voice upgrades. SF, urban fantasy, a John le Carre novel of international intrigue, historical fiction, a moving novel about mental disability, and more.

Seven Kinds of Hell: Fangborn, Book 1 By Dana Cameron, Narrated By Kate Rudd, is on sale for $1.99 Kindle and $0.99 Whispersync upgrade to the Audible edition. “Archaeologist Zoe Miller has been running from a haunting secret her whole life. But when her cousin is abducted by a vicious Russian kidnapper, Zoe is left with only one option: to reveal herself. Unknown to even her closest friends, Zoe is not entirely human. She’s a werewolf and a daughter of the “Fangborn,” a secretive race of werewolves, vampires, and oracles embroiled in an ancient war against evil.” 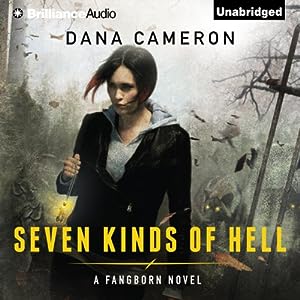 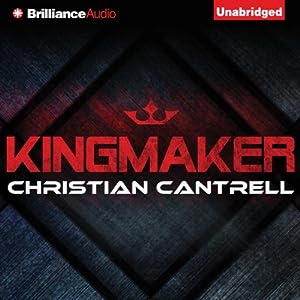 Kingmaker By Christian Cantrell, Narrated By Will Damron, is on sale for $2 in its Kindle edition this month, with a $1.99 Whispersync upgrade to the Audible edition. “I build levers to move objects that appear to be immovable. Alexei Drovosek represents the next evolution of human: no heart, immunity to cancer, and the uncanny ability to survive in conditions that would kill normal men. As an orphan growing up in post-Soviet Russia, Alexei was taken in by the state and trained as its most vicious and effective killer. But eventually the Russian Federal Security Service’s best-trained assassin did the most dangerous thing of all: he turned on his handlers, went rogue, and disappeared. In the bleak, high-tech near future, Alexei has resurfaced in a secret compound on the outskirts of Los Angeles, a city where autonomous-drive vehicles race along the highways and independent city-states operate with materialistic impunity. In the center of it all is the soaring headquarters of Pearl Knight Industries, an international mega-corporation that keeps war machines and cultural capitalism running in every country and on every continent on the planet. As a principal proponent of the 31st Amendment to the United States constitution, which legalized the transfer of suffrage from citizens to corporations, Pearl Knight has power that is truly above the law.”

Further: Beyond the Threshold By Chris Roberson, Narrated By Jeff Crawford, is on sale for $1.99 in Kindle, with a $1.99 Whispersync upgrade to the Audible edition. “The 34th century: Humankind is spread across 3,000 light years in myriad worlds and habitats known as the Human Entelechy. Linked by a network of wormholes with Earth at its center, it is the world Captain RJ Stone awakens to after a twelve-thousand-year cryogenic suspension. Stone soon finds himself commanding the maiden voyage of the first spacecraft to break the light speed barrier: the FTL Further. In search of extraterrestrial intelligence, the landing party explores a distant pulsar only to be taken prisoner by the bloodthirsty Iron Mass.” 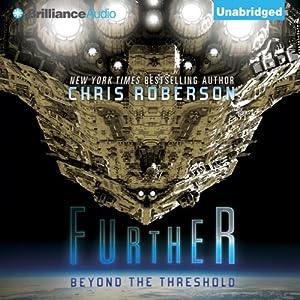 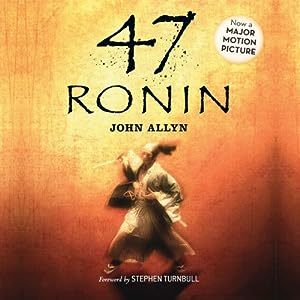 47 Ronin By John Allyn, Narrated By David Shih, is not Joan D. Vinge’s novelisation of the new Keanu Reeves movie, but instead the now-classic historical fiction retelling of the original Japanese legend. It is on sale for $2.99 Kindle, with a $3.95 Whispersync upgrade to the Audible edition. “For those looking for the real story behind the fictionalized movie account of the 47 Ronin story, this is the definitive, fascinating account of this unforgettable tale of a band of samurai who defied the Emperor to avenge the disgrace and death of their master, and faced certain death as a result. It led to one of the bloodiest episodes in Japanese history, and in the process, created a new set of heroes in Japan. In 1701, young Lord Asano is goaded into attacking a corrupt official at the Japanese Court. Although the wound Asano inflicts is minimal, the Emperor’s punishment is harsh: Lord Asano is ordered to commit seppuku, or ritual suicide. His lands are confiscated and his family is dishonored and exiled. His samurai retainers now become ronin, or masterless, and are dispersed. These ronin are not trusted by their enemies and live under the watchful eyes of spies for months. They appear to adapt to their new circumstances by becoming tradesmen and teachers. But the ronin only seem to accept their fate. They are in fact making careful plans for revenge, biding their time until the moment to strike is right! Their deeds became Japan’s most celebrated example of bravery, cunning, and loyalty in an age when samurai were heroes, and honor was worth dying for. John Allyn’s masterful retelling of 47 Ronin has long been considered the definitive version of these dramatic historical events.”

The Constant Gardener By John le Carre, Narrated By Michael Jayston, is the spy novel grand master le Carre’s 18th novel, available for $1.99 Kindle and offering a $3.95 Whispersync upgrade to the Audible edition. “Frightening, heartbreaking, and exquisitely calibrated, John le Carré’s new novel opens with the gruesome murder of the young and beautiful Tessa Quayle near northern Kenya’s Lake Turkana, the birthplace of mankind. Her putative African lover and traveling companion, a doctor with one of the aid agencies, has vanished from the scene of the crime. Tessa’s much older husband, Justin, a career diplomat at the British High Commission in Nairobi, sets out on a personal odyssey in pursuit of the killers and their motive.” 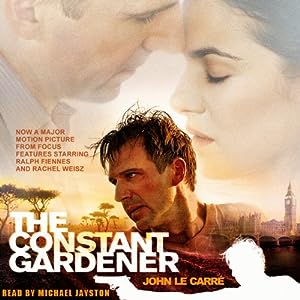 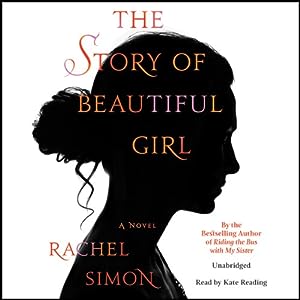 The Story of Beautiful Girl By Rachel Simon, Narrated By Kate Reading, is Simon’s 2011 novel of mental disability, institutions, and family, available for $1.99 Kindle and with a $3.99 Whispersync upgrade to the Audible edition. “It is 1968. Lynnie, a young white woman with a developmental disability, and Homan, an African American deaf man, are locked away in an institution: the School for the Incurable and Feebleminded, and have been left to languish, forgotten. Deeply in love, they escape, and find refuge in the farmhouse of Martha, a retired schoolteacher and widow. But the couple is not alone – Lynnie has just given birth to a baby girl. When the authorities catch up to them that same night, Homan escapes into the darkness, and Lynnie is caught.”