As I’m working off and on to finish up my “regrets” list of audiobooks I missed this year, Sunday, January 5th brings Fortune’s Pawn by Rachel Bach onto the Kindle Daily Deal list at $1.99. There’s a $1.99 Whispersync upgrade to the Audible edition, narrated by Emily Durante, making it far too tempting a Whispersync Daily Deal to pass up. The book starts a new series for Bach, a new pseudonym for fantasy author Rachel Aaron (The Legend of Eli Monpress), the Paradox Series, with books 2 and 3 coming in rapid succession in early 2014: Honor’s Knight (Feb 25, 2014) and Heaven’s Queen (Apr 22, 2014). “Devi Morris isn’t your average mercenary. She has plans. Big ones. And a ton of ambition. It’s a combination that’s going to get her killed one day – but not just yet. That is, until she gets a job on a tiny trade ship with a nasty reputation for surprises. The Glorious Fool isn’t misnamed; it likes to get into trouble, so much so that one year of security work under its captain is equal to five years everywhere else. With odds like that, Devi knows she’s found the perfect way to get the jump on the next part of her plan.” 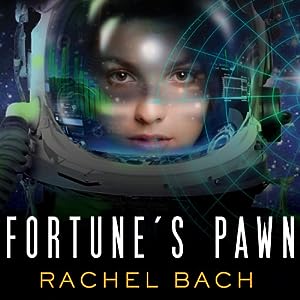