Release Week: Chang-rae Lee’s On Such a Full Sea, Joe Haldeman’s Work Done for Hire, a collection by Ben Marcus, and more

JANUARY 1-7, 2014: 2014 gets off to a cracking start with a literary dystopia from Pulitzer Prize finalist Chang-rae Lee, a new standalone novel from Joe Haldeman, a collection by Ben Marcus (Leaving the Sea), and! Jane Yellowrock is back in the latest installment of Faith Hunter’s series. In the “also out” listings: Alma Katsu’s The Taker trilogy concludes, we get the entirety of R.A. Salvatore’s Paths of Darkness trilogy in his Legend of Drizzt oeuvre, and plenty more including a pair of new audiobooks of Robert Heinlein classics, the latest historical fictions from Bernard Cornwell and Harry Sidebottom, the conclusion of Ian McDonald’s Everness trilogy, a new novel by Sue Monk Kidd, and a pair of powerful Africa-set fictions. And! While I have a lot more to do to get a true 2014 preview ready, two fantastic-looking books added to the future releases section: Helen Oyeyemi’s Boy, Snow, Bird and Alexandra Duncan’s Salvage. It’s not all great news, however, as Lisa Shearin’s The Grendel Affair, Carrie Vaughn’s Dreams of the Golden Age, and Snorri Kristjansson’s Swords of Good Men head a new list, the most missing audiobooks of 2014, there’s still no pre-order listings (for listeners) for Jeff VanderMeer’s Annihilation read by Carolyn McCormick, and a very anticipated release I had on this week’s schedule for some reason or other, The Girl with All the Gifts, is apparently a June release, not a January one. My bad. Still, plenty to pick from to get your 2014 off to a good start. Enjoy!

On Such a Full Sea by Chang-rae Lee, Read by B. D. Wong for Penguin Audio, concurrent with the print/ebook release from Riverhead. Lee is a Pulitzer finalist turning his diverse attention to dystopian literature; Wong is the award-winning actor and “mirth specialist” I’ve enjoyed in many roles, of course Law & Order but also Jurassic Park, his voicing of Shang in Mulan, all the way back to noticing him in a recent re-watch as “Boy on Street” in Karate Kid, Part 2. This will be my first full-length narration from him, though I’m looking forward to getting to his “Ralph the Mouse” narrations in the near future with my kids. Here, one of the most anticipated “Genre in the Mainstream” titles of 2014 gets the year in books started in a big way: “In a future, long-declining America, society is strictly stratified by class. Long-abandoned urban neighborhoods have been repurposed as high-walled, self-contained labor colonies. And the members of the labor class— descendants of those brought over en masse many years earlier from environmentally ruined provincial China—find purpose and identity in their work to provide pristine produce and fish to the small, elite, satellite charter villages that ring the labor settlement. In this world lives Fan, a female fish-tank diver, who leaves her home in the B-Mor settlement (once known as Baltimore), when the man she loves mysteriously disappears. Fan’s journey to find him takes her out of the safety of B-Mor, through the anarchic Open Counties, where crime is rampant with scant governmental oversight, and to a faraway charter village, in a quest that will soon become legend to those she left behind.” Work Done for Hire by Joe Haldeman, read by Chris Sorensen for Recorded Books, concurrent with the print/ebook release from Ace. I had the fantastic experience of hearing Haldeman read from this novel in manuscript two years ago, and here it is finally out. “Wounded in combat and honorably discharged nine years ago, Jack Daley still suffers nightmares from when he served his country as a sniper, racking up sixteen confirmed kills. Now a struggling author, Jack accepts an offer to write a near-future novel about a serial killer, based on a Hollywood script outline. It’s an opportunity to build his writing career, and a future with his girlfriend, Kit Majors.But Jack’s other talent is also in demand. A package arrives on his doorstep containing a sniper rifle, complete with silencer and ammunition — and the first installment of a $100,000 payment to kill a ‘bad man.’ The twisted offer is genuine. The people behind it are dangerous. They prove that they have Jack under surveillance. He can’t run. He can’t hide. And if he doesn’t take the job, Kit will be in the crosshairs instead.” Via BoingBoing you can find additional links, including to an excerpt on Tor.com. Now, a word. I’m “in” for this book with or without any particular speculative element; but for those who do require a hook of this kind, this is a near future setting with a few technological details which are not yet practical, or at least not yet practiced. 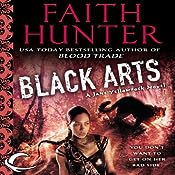 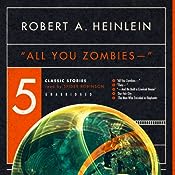