Whispersync Daily Deals: The Secret of the Water Knight, Cold Hearted Son of a Witch, and “Einstein Must Die!”

Thursday, January 23, 2014: A small crop of Whispersync deals today, one from the Kindle Daily Deal list and two more from the “countdown deals” lists.

I’ll start with the daily deal, which is a young reader audiobook coming in at just under 2.5 hours. The Secret of the Water Knight By Rusalka Reh, Narrated By Cris Dukehart for Brilliance Audio. $1.99 Kindle and a $0.99 Whispersync for Voice upgrade: 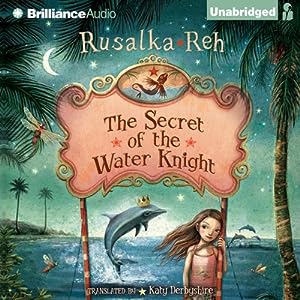 “Ten-year-old Kat has a terrible fear of swimming. She’s tried everything, but to no avail: The feeling of water closing over her head sends her into a panic every time. So when her parents plan a summer vacation to an island, Kat is understandably less than thrilled. Yet the moment she arrives on the beach, she senses there is something very unusual about this place. When she finds a strange whistle floating in the surf, she knows her instinct is right: From that moment on, she can understand the island’s animals when they speak. And what they have to say is extraordinary.…”

The other two books are both “countdown” deals, and both audiobooks are self-published indie releases. I’ll start with Cold Hearted Son of a Witch: Dragoneers Saga, Book 2 By M. R. Mathias, Narrated By Christine Padovan. Currently on sale for $0.99 on Kindle (goes up to $2.99 in 4 days) and has a $1.99 Whispersync upgrade price: 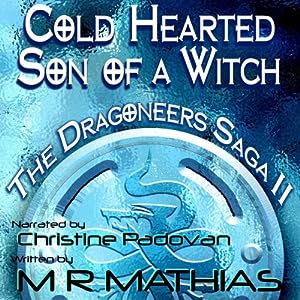 “Zahrellion, Rikky, and their dragons embark on a quest to find the special mushrooms Mysterian needs to save Prince Richard from Gravelbone’s poison. Meanwhile, Jenka and his loveable dragon, Jade, escort the King’s Rangers back to Kingsmen’s Keep. When Jenka and the half-elvish mute, Lemmy, find a map at the Temple of Dou, they follow it and find more trouble than they bargained for.”

Lastly, Einstein Must Die!: Fate of Nations, Book 1 By Chris Kohout, Narrated By Corey Snow which is currently on sale at $1.99 Kindle, but is set to go up to $3.99 in a few days. Either way, it has a $1.99 Whispersync for Voice upgrade to the Audible edition: 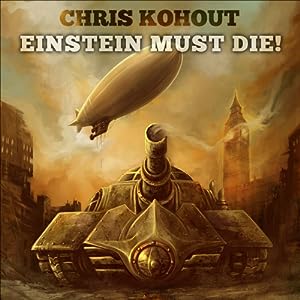 “1910 AD – Impending war with England has given Nikola Tesla the chance to build his dream: a weapon to end all wars. The American steam-powered Beowulf tank is larger than a house, and carries enough firepower to face an army. Beowulf also has a mechanical brain, embedded with the consciousness of Colonel Browning, America’s best military strategist.”