by Shawna Thomas, priced at $0.99 on Kindle with a $0.99 Whispersync for Voice upgrade to the Audible edition, read by Uma Incrocci for Carina Press. Nominally, Carina is a romance-first electronic imprint of Harlequin, and they’ve also put out some stellar sf titles in their own right such as J.L. Hilton’s Stellarnet Rebel (The Stellarnet Series) (itself a perpetually recommended “Whispersync Daily Deal” at $3 and $3), Michael Merriam’s Last Car to Annwn Station

. Here, it’s fantasy: “Selia has run her family’s tavern since she was 15 and can hunt and fight as the equal of any male. When she rescues a badly wounded man and nurses him back to health, she has no idea she’s about to change not only her life, but also the destinies of two peoples…. The battered warrior is a Svistra – a race of bloodthirsty savages determined to destroy her homeland. Or so the stories claim. Jaden reveals a different truth: how his ancestors were driven into the barren northern mountains. Now they are strong, and war parties are pushing south, wanting their land back. The son of a Svistra commander, Jaden is looking for a way to bring peace to both humans and Svistrans. He tries to ignore his growing passion for Selia, but when she is captured, he has to decide what he would be willing to sacrifice to save the woman he loves.” 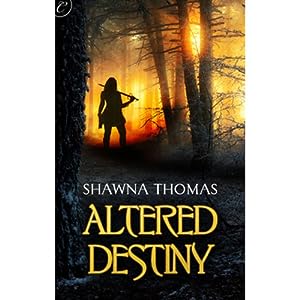 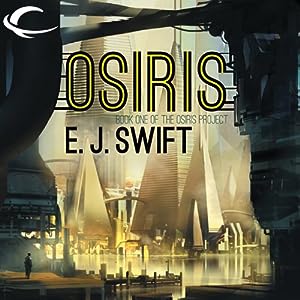 Next, Osiris: Book One of the Osiris Project

by E.J. Swift, available for $1.99 in Kindle (thanks to a Night Shade Books “President’s Day Sale”) and offering a $4.49 Whispersync for Voice upgrade to the Audible edition, read by Khristine Hvam for Audible Frontiers. “Adelaide Rechnov. Wealthy socialite and granddaughter of the Architect, she spends her time in pointless luxury, rebelling against her family in a series of jaded social extravagances and scandals until her twin brother disappears in mysterious circumstances. Vikram Bai. He lives in the Western Quarter, home to the poor descendants of storm refugees and effectively quarantined from the wealthy elite. Can Adelaide and Vikram bridge the divide at the heart of Osiris before conspiracies bring them to the edge of disaster?”