Tuesday March 4, 2014: While the big audiobook news today for me is the long-awaited release of Mur Lafferty’s Ghost Train to New Orleans, I did see two Kindle deals with deal-worthy Whispersync upgrade prices to mention. (OK, OK, the release of Brandon Sanderson’s Words of Radiance is a pretty big deal, too! But on to the deals, more on the new audiobooks in the next “Release Week” roundup.)

Arwen Elys Dayton’s Resurrection is $1.99 plus $1.99 for the Kate Rudd narration. “The Kinley built a ship capable of traveling faster than light. It carried a group of scientists to a small, distant planet—a primitive place called Earth. It’s mission was peaceful observation. But when the ship was destroyed, the Kinley crew found themselves stranded in ancient Egypt, participants in the pageant of life in the time of the Pharaohs. They buried remnants of their technology deep beneath the desert and sent a last desperate message home… Five thousand years later, the Kinley homeworld hovers on the brink of extinction. An enemy that nearly obliterated their race has risen again—now with the ability to destroy them for good. A lone Kinley soldier named Pruit is sent on a desperate mission: to follow the ancient beacon back to Earth and recover the secrets to faster than light travel. It is their last hope. Technology that once allowed them to cross vast reaches of space might allow them to outrun their enemies and find a safe world to call their own. But Pruit’s mission will be harder than she can imagine. Her quest will draw her enemies after her and will awaken ancient foes on Earth. As she gets closer to what she seeks, she will find each adversary willing to risk everything to stop her. Each hoping to steal the knowledge for themselves. The rivals will meet in modern-day Egypt and their struggle will alter the fate of worlds.” 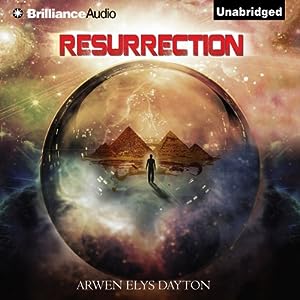 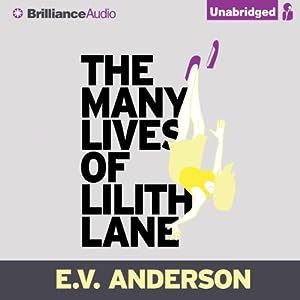 A YA title, E.V. Anderson’s The Many Lives of Lilith Lane is $1.99 Kindle plus $0.99 for the Dana Vannis narration. “Seventeen-year-old Lilith Lane has a hunk of a boyfriend, a wicked tongue, and a talent for solving the mysteries that pop up in her small home town of Mirabalis. But when her little sister goes missing in the middle of the night, both Lilith’s detective skills and her recall of sophomore year physics are put to the ultimate test. To save her sister, Lilith must race against the clock with the help of Dr. Hammer, a mad scientist who pushes Lilith off the edge – literally – of his reality-bending skyscraper. Lilith’s world is turned upside down by her sister’s disappearance, and a skyscraper that is also a portal to a parallel universe suddenly doesn’t seem that surreal. With Dr. Hammer’s help, Lilith must put her girl detective skills to the test and try to save her sister. A dashing snail expert, a scheming beauty queen, and the heir to a great advertising fortune are just a few of the unforgettable characters who round out the cast in this rollicking tale of love, loyalty, and multiple Earths.”