First up, the scifi. Evan Currie’s SEAL Team 13, $1.99 Kindle and $0.99 Whispersync upgrade to the Audible edition read by Todd Haberkorn for Brilliance Audio. “It’s been ten years since a mysterious, horrific incident in the South China Sea annihilated a US Navy destroyer and its Navy SEAL team. Only one man survived. Now, the US Navy is determined to put a stop to the new, frightening incidents taking place with alarming frequency. Enter SEAL Team 13, an elite group of soldiers led by sole survivor Harold “Hawk” Masters. Everyone on the team has survived contact with supernatural forces from “the other side.” Will their camaraderie and duty to country be enough to defeat the malevolent undead forces threatening the country?” 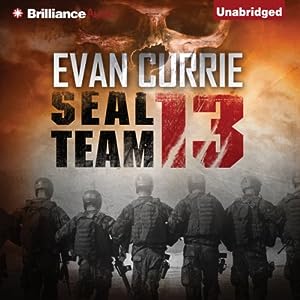 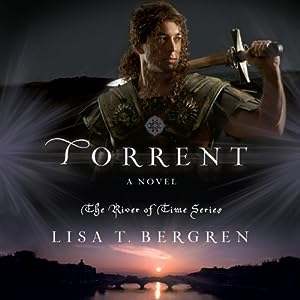 In Lisa T. Bergren’s “River of Time” series for teens, adventure, romance, and time travel mix with historical fiction. Book 3, Torrent: A Novel (River of Time Series), is $1.99 in Kindle today and offers a $1.99 Whispersync upgrade to the Audible edition, read by Pam Turlow for Oasis Audio. “Gabi and Lia Betarrini have learned to control their time travel, and they return from medieval Italy to save their father from his tragic death in modern times. But love calls across the centuries, and the girls are determined to return forever—even though they know the Black Plague is advancing across Europe, claiming the lives of one-third of the population. In the suspenseful conclusion of the River of Time series, every decision is about life … and death.”

Lastly, one of 2012’s big “summer fiction reads”, Jess Walter’s Beautiful Ruins is “the story of an almost-love affair that begins on the Italian coast in 1962 . . . and is rekindled in Hollywood fifty years later.” On sale in Kindle for $1.99, the title offers a $4.99 Whispersync for Voice upgrade to the Audible edition, read by Edoardo Ballerini for Harper Audio, winner of the 2013 Audie Award for Best Male Narration, as well as a finalist in the Fiction category. 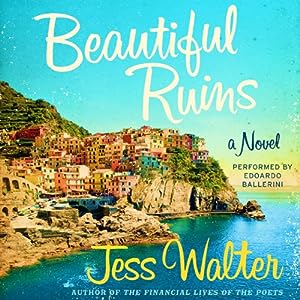