Friday, April 4, 2014: Today’s Kindle Daily Deal list includes Chuck Wendig’s standalone novel The Blue Blazes, for $1.99 Kindle plus $0.99 Whispersync for Voice upgrade to the Audible edition, read by Patrick Lawlor for Angry Robot on Brilliance Audio. “Meet Mookie Pearl. Criminal underworld? He runs in it. Supernatural underworld? He hunts in it. Nothing stops Mookie when he’s on the job. But when his daughter takes up arms and opposes him, something’s gotta give….” 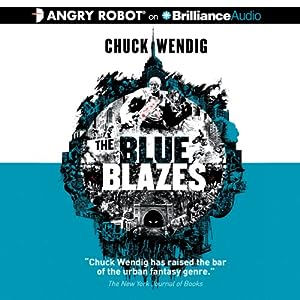 Also there are two books in the monthly deals listings, starting with Megan Miranda’s 2012 novel Fracture, at $1.99 Kindle plus $3.49 Whispersync for Voice upgrade to the Audible edition, read by Therese Plummer for Audible Studios. “Eleven minutes passed before Delaney Maxwell was pulled from the icy waters of a Maine lake by her best friend, Decker Phillips. By then her heart had stopped beating. Her brain had stopped working. She was dead. And yet she somehow defied medical precedent to come back seemingly fine – despite the scans that showed significant brain damage. Everyone wants Delaney to be all right, but she knows she’s far from normal. Pulled by strange sensations she can’t control or explain, Delaney finds herself drawn to the dying. Is her altered brain now predicting death, or causing it?” 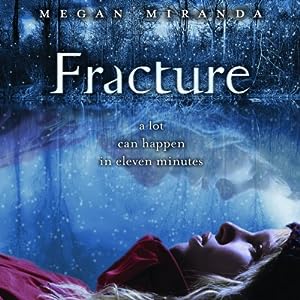 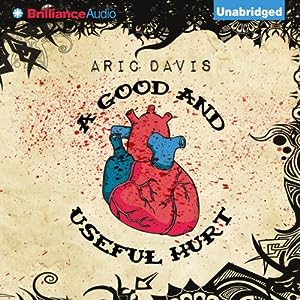 Also in the monthly listings, Aric Davis’ A Good and Useful Hurt, at $1.99 Kindle plus $1.99 Whispersync for Voice upgrade to the Audible edition, read by the always-fantastic Luke Daniels for Brilliance Audio. “Mike is a tattoo artist running his own shop, and Deb is the piercing artist he hires to round out his studio’s motley crew of four. The last either expects is romance, but that’s what they get as they follow their off-kilter careers and love lives into complete and total disaster. When Mike follows a growing trend and tattoos the ashes of deceased loved ones into several customers’ tattoos, he has no idea that it will one day provide the solution – and solace – he will sorely need.”