Sunday, April 6, 2014: Today’s Kindle Daily Deal listings bring both sf and paranormal historical fiction Whispersync deals, starting with Hugh Howey’s Sand Omnibus, his first new novel since his best-selling Silo Saga, on sale for $1.99 Kindle with a $1.99 Whispersync for Voice upgrade to the Audible edition, read by Karen Chilton for Howey’s Broad Reach Publishing. “We live across the thousand dunes with grit in our teeth and sand in our homes. No one will come for us. No one will save us. This is our life, diving for remnants of the old world so that we may build what the wind destroys. No one is looking down on us. Those constellations in the night sky? Those are the backs of gods we see.” 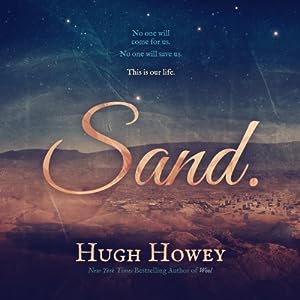 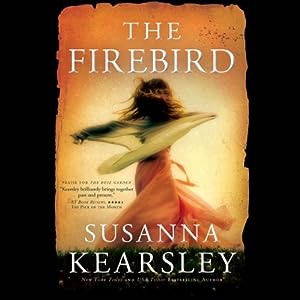 Susanna Kearsley’s 2013 NY Times best-seller The Firebird is on sale for $2.99, with a $1.99 Whispersync for Voice upgrade to the Audible edition, read by Katherine Kellgren (Connie Willis’ Blackout/All Clear, Jo Walton’s Among Others, Jay Lake’s Green) for Audible Studios. “Nicola Marter was born with a gift. When she touches an object, she sometimes glimpses those who have owned it before. When a woman arrives with a small wooden carving at the gallery Nicola works at, she can see the object’s history and knows that it was named after the Firebird – the mythical creature from an old Russian fable. Compelled to know more, Nicola follows a young girl named Anna who leads her into the past on a quest through the glittering backdrops of the Jacobites and Russian courts, unearthing a tale of love, courage, and redemption.”