Release Week: The Girls at the Kingfisher Club, Thorn Jack, and The Silkworm

JUNE 18-24, 2014: A fairytale recast as imaginative — but not overtly speculative — fiction by the always fantastic Genevieve Valentine, a contemporary fantasy retelling of the Scottish folk tale of Tam Lin by debut novelist Katherine Harbour, and J.K. Rownling writing as Robert Galbraith headline the last full release week in June, which also includes epic fantasy from L.E. Modesitt, sf from Mike Shepherd and Vaughn Heppner, a collection from Nancy Fulda, and several books from Ira Levin’s backlist including This Perfect Day and Son of Rosemary. Unfortunately it’s a pretty good crop of “seen but not heard” books this week as well, including Octavia Butler’s Unexpected Stories, A.M. Dellamonica’s Child of a Hidden Sea, and Gail Z. Martin’s Deadly Curiosities. Some audiobook casting news to pass along this week, from Blackstone Audio: “We’re excited to announce that Carolyn McCormick, Bronson Pinchot, and Xe Sands will be narrating Acceptance by Jeff VanderMeer, the final book in the Southern Reach Trilogy, due 9/2!” Meanwhile there has already been a trio of fantastic mid-week releases, including Mark Smylie’s The Barrow read by Michael Page, Clive Barker’s Weaveworld read by Simon Vance, and an Audible release for Catherine M. Wilson’s The Warrior’s Path: When Women Were Warriors read by Janis Ian, previously available only to Kickstarter supporters and directly through Dog Ear Audio. Look for more on those audiobooks next week! 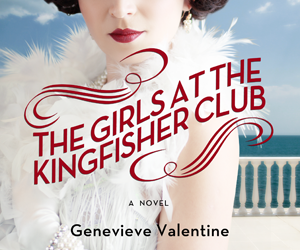 The Girls at the Kingfisher Club: A Novel by Genevieve Valentine came out from Atria Books on June 3, and the short wait for the Dreamscape Media audiobook edition is over: “From award-winning author Genevieve Valentine, a “gorgeous and bewitching” (Scott Westerfeld) reimagining of the fairytale of the Twelve Dancing Princesses as flappers during the Roaring Twenties in Manhattan.” In his review for Tor.com, Niall Alexander writes: “I have at least three left feet, so I don’t dance these days, but damn it, The Girls at the Kingfisher Club makes me wish I did.” Amal El-Mohtar reviewed the book for NPR: “I’m completely confident in stating, without an ounce of hyperbole, that this is the best fairy tale retelling I’ve ever read.” Personally, I’m excited to compare this retelling with the “Snow White” retellings of Helen Oyeyemi’s Boy, Snow, Bird and Catherynne M. Valente’s Six-Gun Snow White which I enjoyed earlier this year. More: Narrated by Susie Berneis, the audiobook is also available at many libraries through OverDrive. Buy: [IndieBound | Amazon | Kobo | Kindle | Audible]

Thorn Jack: A Night and Nothing Novel by Katherine Harbour (Harper Voyager, June 24) — “Combining the sorcery of The Night Circus with the malefic suspense of A Secret History, Thorn Jack is a spectacular, modern retelling of the ancient Scottish ballad, Tam Lin—a beguiling fusion of love, fantasy, and myth that echoes the imaginative artistry of the works of Neil Gaiman, Cassandra Clare, and Melissa Marr. In the wake of her older sister’s suicide, Finn Sullivan and her father move to a quaint town in upstate New York. Populated with socialites, hippies, and dramatic artists, every corner of this new place holds bright possibilities—and dark enigmas, including the devastatingly attractive Jack Fata, scion of one of the town’s most powerful families. As she begins to settle in, Finn discovers that beneath its pretty, placid surface, the town and its denizens—especially the Fata family—wield an irresistible charm and dangerous power, a tempting and terrifying blend of good and evil, magic and mystery, that holds dangerous consequences for an innocent and curious girl like Finn. To free herself and save her beloved Jack, Finn must confront the fearsome Fata family . . . a battle that will lead to shocking secrets about her sister’s death.” Audio: Concurrent release, read by Kate Rudd for Brilliance Audio. Buy: [Downpour | IndieBound | Kobo | Kindle]

The Silkworm by J.K. Rowling, writing as Robert Galbraith (Mulholland Books, June 19) — A sequel for The Cuckoo’s Calling, Rowling’s (as Galbraith) well-received foray into crime fiction: “When novelist Owen Quine goes missing, his wife calls in private detective Cormoran Strike. At first, Mrs. Quine just thinks her husband has gone off by himself for a few days–as he has done before–and she wants Strike to find him and bring him home. But as Strike investigates, it becomes clear that there is more to Quine’s disappearance than his wife realizes. The novelist has just completed a manuscript featuring poisonous pen-portraits of almost everyone he knows. If the novel were to be published, it would ruin lives–meaning that there are a lot of people who might want him silenced. When Quine is found brutally murdered under bizarre circumstances, it becomes a race against time to understand the motivation of a ruthless killer, a killer unlike any Strike has encountered before…” Audio: Concurrent release by Hachette Audio, read by Robert Glenister, reprising his turn as Cormoran Strike which Dave called “pretty much perfect” in his review of The Cuckoo’s Calling. Buy: [Downpour | IndieBound | Kobo] 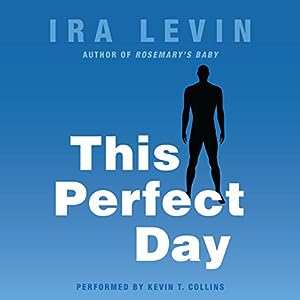 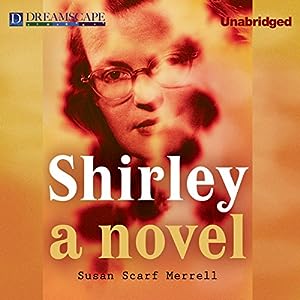 This entry was posted in Release Week and tagged genevieve valentine, j.k. rowling, katherine harbour, robert galbraith, the girls at the kingfisher club, the silkworm, thorn jack. Bookmark the permalink.