Release Week: The Queen of the Tearling, Alias Hook, California, A Plunder of Souls, Landline, To Kill a Mockingbird, Close Your Eyes Hold Hands, and How to Survive a Sharknado

JULY 2-8, 2014: Another fantastic week’s worth of audiobooks has come our way, from beloved Pulitzer-winning classics in audiobook (and ebook) for the first time to post-apocalyptic sf and epic fantasy, Peter Pan retold, historical fantasy, and time-travel romance. Also out this week: Terry Brooks returns to Shannara (read by Simon Vance), along with new audiobooks from Chris Bohjalian and Veronica Roth, J.M. Ledgard’s Submergence, and a standalone short audiobook from Neil Gaiman, his The Truth is a Cave in the Black Mountains which appeared in the fantastic Stories anthology in 2010. In terms of news this week, Mary Robinette Kowal announced the sale of three novels to Audible, and the World Fantasy Award nominees were announced as well, with all six novels available in audio. Also, there’s a bunch of newly added titles in the further-ahead listings, mostly pulled from The Millions preview of what’s yet to come this year. Enjoy! And if you’re new to audiobooks, among the many ways to get started are: you can try Audible with a free audiobook

The Queen of the Tearling: A Novel by Erika Johansen, narrated by Katherine Kellgren for Harper Audio (Harper) — “Magic, adventure, mystery, and romance combine in this epic debut in which a young princess must reclaim her dead mother’s throne, learn to be a ruler – and defeat the Red Queen, a powerful and malevolent sorceress determined to destroy her. On her 19th birthday, Princess Kelsea Raleigh Glynn, raised in exile, sets out on a perilous journey back to the castle of her birth to ascend her rightful throne. Plain and serious, a girl who loves books and learning, Kelsea bears little resemblance to her mother, the vain and frivolous Queen Elyssa.” There’s an interview and excerpt up on SoundCloud for this book, already set for a big screen adaptation starring Emma Watson. [IndieBound | Kobo | Powell’s | Amazon | Audible]

Alias Hook by Lisa Jensen, read by Ralph Lister for Blackstone Audio (Thomas Dunne Books) – ”Every child knows how the story ends. The wicked pirate captain is flung overboard, caught in the jaws of the monster crocodile who drags him down to a watery grave. But it was not yet my time to die. It’s my fate to be trapped here forever, in a nightmare of childhood fancy, with that infernal, eternal boy.” I’m a big, big fan of Lister and while Peter Pan’s Hook (along with “the villain of this old tale is more complicated and/or the hero, actually” reversal in general) is familiar ground, this one has a pretty unique twist. [IndieBound | Kobo | Powell’s | Amazon | Audible] 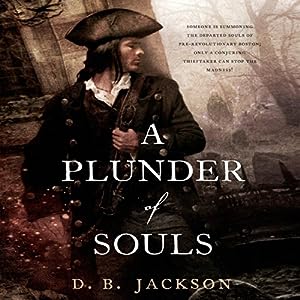 California: A Novel by Edan Lepucki, read by Emma Galvin for Hachette Audio and Dreamscape Media (Little, Brown and Company) — “The world Cal and Frida have always known is gone, and they’ve left the crumbling city of Los Angeles far behind them. They now live in a shack in the wilderness, working side-by-side to make their days tolerable despite the isolation and hardships they face. Consumed by fear of the future and mourning for a past they can’t reclaim, they seek comfort and solace in one other. But the tentative existence they’ve built for themselves is thrown into doubt when Frida finds out she’s pregnant.” Already on my radar before the book exploded into the national conversation due to Stephen Colbert’s coverage on his The Colbert Report; Jeff VanderMeer’s review in the NY Times also offers some guidance: “Perhaps the world as we know it will indeed end this way for many Americans: terrified of porcupines, longing for the sound of S.U.V.s, unable to distinguish between an artifact and a keepsake, helped to find temporary sanctuary by the last black man on earth.” [IndieBound | Kobo | Powell’s | Amazon | Audible]

A Plunder of Souls by D. B. Jackson, narrated by Jonathan Davis for Audible (Tor Books) — “Boston, 1769: Ethan Kaille, a Boston thieftaker who uses his conjuring to catch criminals, has snared villains and defeated magic that would have daunted a lesser man. What starts out as a mysterious phenomenon that has local ministers confused becomes something far more serious. A ruthless, extremely powerful conjurer seeks to wake the souls of the dead to wreak a terrible revenge on all who oppose him. Kaille’s minister friends have been helpless to stop crimes against their church.” Jackson, a pseudonym of best-selling author David B. Coe, wrote about the Big Idea behind this third “Thieftaker” historical fantasy earlier this week, and Davis is as always a fantastic narrator. [IndieBound | Kobo | Powell’s | Amazon | Audible] 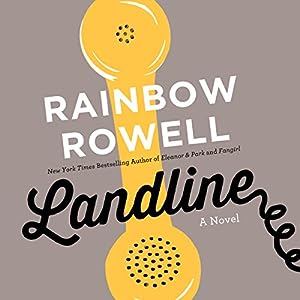 Landline by Rainbow Rowell, narrated by Rebecca Lowman for Macmillan Audio (St. Martin’s Press) — “From the New York Times best-selling author of Eleanor & Park and Fangirl, comes a hilarious, heart-wrenching take on love, marriage, and magic phones. Georgie McCool knows her marriage is in trouble. That it’s been in trouble for a long time. She still loves her husband, Neal, and Neal still loves her, deeply – but that almost seems beside the point now. Maybe that was always beside the point. Two days before they’re supposed to visit Neal’s family in Omaha for Christmas, Georgie tells Neal that she can’t go. She’s a TV writer, and something’s come up on her show; she has to stay in Los Angeles. She knows that Neal will be upset with her – Neal is always a little upset with Georgie – but she doesn’t expect to him to pack up the kids and go without her. When her husband and the kids leave for the airport, Georgie wonders if she’s finally done it. If she’s ruined everything. That night, Georgie discovers a way to communicate with Neal in the past. It’s not time travel, not exactly, but she feels like she’s been given an opportunity to fix her marriage before it starts. Is that what she’s supposed to do?” Brought to my attention by TIME’s summer books preview, which gave the book “4 to 1” odds of becoming “the book of the summer”. [IndieBound | Kobo | Powell’s | Amazon | Audible]

To Kill a Mockingbird by Harper Lee, narrated by Sissy Spacek — “Harper Lee’s Pulitzer prize-winning 1960 masterwork of honor and injustice in the deep south – and the heroism of one man in the face of blind and violent hatred, available now for the first time as a digital audiobook. One of the best-loved stories of all time, To Kill a Mockingbird has been translated into more than 40 languages, sold more than 30 million copies worldwide, served as the basis for an enormously popular motion picture, and was voted one of the best novels of the 20th century by librarians across the country.” Also the first ebook release. [Kobo | Kindle | Audible] 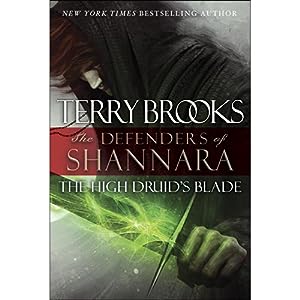 2 Responses to Release Week: The Queen of the Tearling, Alias Hook, California, A Plunder of Souls, Landline, To Kill a Mockingbird, Close Your Eyes Hold Hands, and How to Survive a Sharknado