Release Week: Ancillary Sword, Boy’s Life, The Maze of Games, The Chaplain’s War, The Lesser Dead, and Gillian Anderson’s A Vision of Fire

OCTOBER 1-7, 2014: In six picks from an absolutely packed week, we get a sequel to a many-multiple award-winning sf novel, a fantastical puzzle book, author-read audiobooks from World Fantasy Award-nominated author Christopher Buehlman and X-Files star Gillian Anderson, a highly-anticipated military sf debut built from the pages of Analog, and Robert McCammon’s classic Boy’s Life. We also get: new genre novels from John Twelve Hawks, Tina Connolly, Steven Brust, Richard Morgan, Anton Strout, Gwenda Bond, and David Weber and Timohy Zahn; a just-delayed audiobook for S.E. Grove’s The Glass Sentence; the second of the JJA/Howey “Apocalypse Triptych” anthologies; fiction (Marilynne Robinson‘s Lila and Liz Rosenberg’s The Moonlight Palace); and Alan Cumming’s memoir Not My Father’s Son. (And still more, October really is going to be a huge month.) While the audiobooks we did get make for quite a long list to look through for a next listen, the “seen but not heard” crop is also long and strong, including James Maxey’s Bad Wizard, Johanna Sinisalo’s The Blood of Angels, Rajan Khanna’s Falling Sky, Beth Revis’ The Body Electric, Christopher Fowler’s Nyctophobia, and a long list of fantastic anthologies including War Stories, Nightmare Carnival, Fearsome Magics, and the first Year’s Best Weird Fiction. Not much news to pass along this week, but! there is a free “Reckoners” audio short from author Brandon Sanderson and narrator Macleod Andrews: Mitosis. Enjoy! 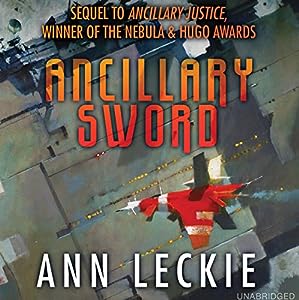 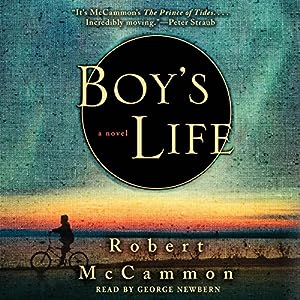 Ancillary Sword by Ann Leckie (Orbit, October 7) is a direct sequel and book two in the planned trilogy which started with Ancillary Justice, narrated by Adjoa Andoh for Hachette Audio, marking a change in publisher and narrator from the first book, winner of the Hugo, Nebula, British Science Fiction, Locus, and Arthur C. Clarke Awards. Ancillary Justice blew the idea-top off of space opera in several ways; though somehow I still haven’t gotten to my own full review, Dave called it “a smart, though-provoking thrill ride of a space opera”. Here, in the aftermath of the first book’s dramatic conclusion: “Breq is a soldier who used to be a warship. Once a weapon of conquest controlling thousands of minds, now she has only a single body and serves the emperor. With a new ship and a troublesome crew, Breq is ordered to go to the only place in the galaxy she would agree to go: to Athoek Station to protect the family of a lieutenant she once knew – a lieutenant she murdered in cold blood.” It’s a testament to just how fully-realized Leckie’s world is that we can drop right back into the thread of the novel without much (if any) coddling or prompting.

Boy’s Life by Robert McCammon, narrated by George Newbern for Simon & Schuster Audio sees McCammon’s 1991 award-winning masterpiece, finally available unabridged in a 20-hour recording (the abridged 2011 edition read by Richard Thomas was cut to a shade under 3 hours). On the tin: “Zephyr, Alabama, is an idyllic hometown for eleven-year-old Cory Mackenson – a place where monsters swim the river deep and friends are forever. Then, one cold spring morning, Cory and his father witness a car plunge into a lake – and a desperate rescue attempt brings his father face-to-face with a terrible, haunting vision of death. As Cory struggles to understand his father’s pain, his eyes are slowly opened to the forces of good and evil that surround him.” Winner of both the Bram Stoker Award and the World Fantasy Award, it’s one of those books that makes many, many of the “favorite book lists” from the readers I most admire. 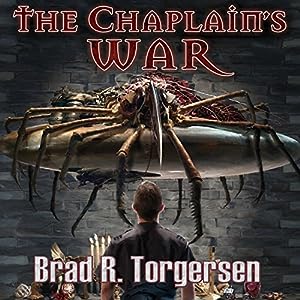 The Maze of Games by Mike Selinker, read by Wil Wheaton is the Kickstarter-funded audiobook adaptation of Selinker’s The Maze of Games, produced by Sky Boat media in two (included in the one download) editions (solved and unsolved), along with songs, theme music, artwork, and a PDF guide; this is really, really well done. For me, I got it just to listen to the “solved” story in order. With the book in hand, you can follow along and solve the puzzles yourself, using the “unsolved” book by skipping ahead (or back) to the correct track number. Really an interesting and unexpected project, that turned out surprisingly well for such graphically-intensive source material.

The Chaplain’s War by Brad Torgersen (Baen, October 7, 2014) is Torgersen’s debut novel, built from the Hugo and Nebula nominated stories he’s previously published in the pages of Analog. “A chaplain serving in Earth’s space fleet is trapped behind enemy lines where he struggles for both personal survival and humanity’s future. The mantis cyborgs: insectlike, cruel, and determined to wipe humanity from the face of the galaxy. The Fleet is humanity’s last chance: a multi-world, multi-national task force assembled to hold the line against the aliens’ overwhelming technology and firepower. Enter Harrison Barlow, who like so many young men of wars past, simply wants to serve his people and partake of the grand adventure of military life. Only, Harrison is not a hot pilot, nor a crack shot with a rifle. What good is a Chaplain’s Assistant in the interstellar battles which will decide the fate of all?” Narrated by George Newbern for Audible, who has quite a task on his vocal chords: vocoded mantis dialog. Well, Newbern’s handled demons (and worse) for Tad Williams, and alien vocoders are just another day in the booth, as you can hear in the available audio excerpt. This book’s been getting some very high praise: The Exploding Spaceship calls it one of the best sf debuts in years, and it’s garnered favorable comparisons with Ender’s Game. 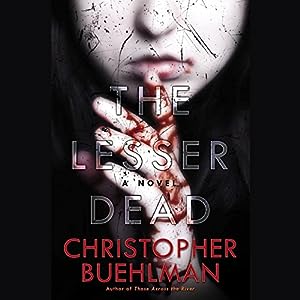 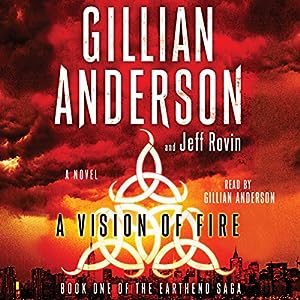 The Lesser Dead by Christopher Buehlman — from the World Fantasy Award nominated author of Between Two Fires and Those Across the River, a story of an adolescent vampire in 1978 New York City: “New York City in 1978 is a dirty, dangerous place to live – and die. Joey Peacock knows this as well as anybody – he has spent the last forty years as an adolescent vampire, perfecting the routine he now enjoys: womanizing in punk clubs and discotheques, feeding by night, and sleeping by day with others of his kind in the macabre labyrinth under the city’s sidewalks.” Narrated by the Floridian author for Blackstone Audio, a very good recording with a strong New York accent: “That was where my night was going.” Get: [Downpour | Audible]

A Vision of Fire by Gillian Anderson and Jeff Rovin (Simon451, October 7, 2014) is the first novel in the EarthEnd trilogy by the X-Files actress and her best-selling co-author Rovin, read by Anderson for Simon & Schuster Audio: “Renowned child psychologist Caitlin O’Hara is a single mom trying to juggle her job, her son, and a lackluster dating life. Her world is suddenly upturned when Maanik, the daughter of India’s ambassador to the United Nations, starts speaking in tongues and having violent visions. Caitlin is sure that her fits have something to do with the recent assassination attempt on her father – a shooting that has escalated nuclear tensions between India and Pakistan to dangerous levels.” Anderson’s mainlain narration is understated and deliberate, but she offers more vivid characterization for dialog lines. Get: [Downpour | Audible] 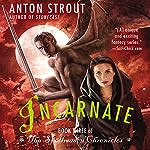 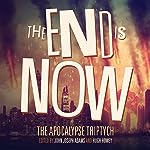 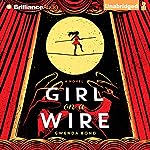 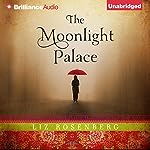 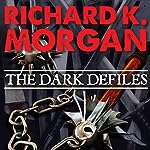 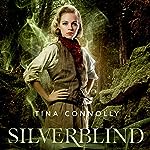 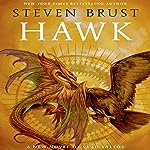 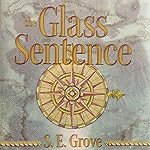 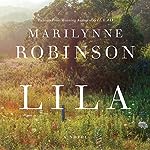 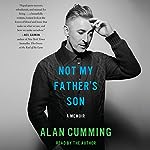 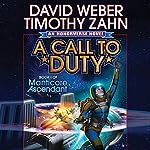 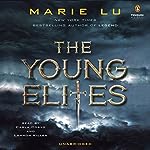 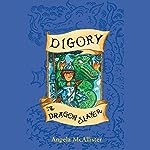 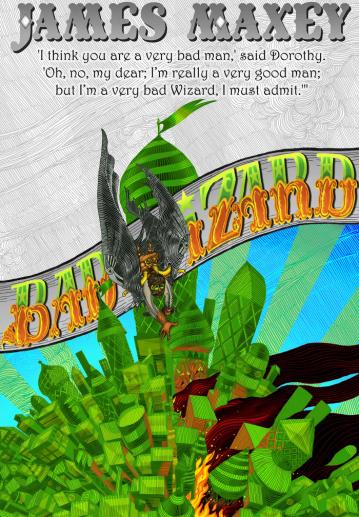