There’s a fairly good-sized list of Black Friday Kindle Deals, with quite a few offering Whispersync for Voice deals, with all the ones I list here being on sale for $1.99+$1.99. Meanwhile, the November monthly deal roundup still has a few days left of usefulness, so don’t forget to check through that list once before the month is over. And! Audible is having a Treat Yourself Sale through Dec 2 with over 300 titles at $4.95. Enjoy! 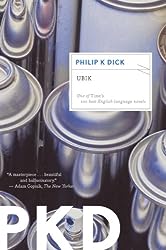 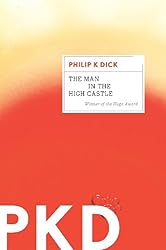 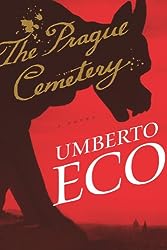 Philip K. Dick’s The Man in the High Castle read by Tom Weiner: “It’s America in 1962. Slavery is legal once again. The few Jews who still survive hide under assumed names. In San Francisco, the I Ching is as common as the Yellow Pages. It’s all because, some 20 years earlier, the United States lost a war – and is now occupied jointly by Nazi Germany and Japan.”

PKD’s Ubik read by Anthony Heald: “Chip works for Glen Runciter’s anti-psi security agency, which hires out its talents to block telepathic and paranormal crimes. But when its special team tackles a big job on the moon, something goes terribly wrong, and Runciter is seemingly killed. Now, his mourning employees are receiving bewildering messages from their boss – on toilet walls, traffic tickets, product labels, and even U.S. coins. And the world around them is warping in ways that suggest that their own time is running out – or already has.”

Umberto Eco’s The Prague Cemetery read by George Guidall: “Nineteenth-century Europe—from Turin to Prague to Paris—abounds with the ghastly and the mysterious. Jesuits plot against Freemasons. Italian republicans strangle priests with their own intestines. French criminals plan bombings by day and celebrate Black Masses at night. Every nation has its own secret service, perpetrating forgeries, plots, and massacres. Conspiracies rule history. From the unification of Italy to the Paris Commune to the Dreyfus Affair to The Protocols of the Elders of Zion, Europe is in tumult and everyone needs a scapegoat. But what if, behind all of these conspiracies, both real and imagined, lay one lone man?” 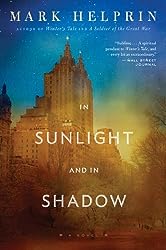 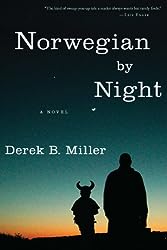 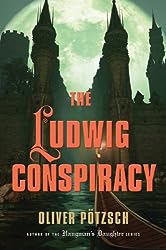 Mark Helprin’s In Sunlight and In Shadow read by Sean Runnette: “In the summer of 1946, New York City pulses with energy. Harry Copeland, a World War II veteran, has returned home to run the family business. Yet his life is upended by a single encounter with the young singer and heiress Catherine Thomas Hale, as each falls for the other in an instant. They pursue one another in a romance played out in Broadway theaters, Long Island mansions, the offices of financiers, and the haunts of gangsters. Catherine’s choice of Harry over her longtime fiancé endangers Harry’s livelihood and threatens his life. In the end, Harry must summon the strength of his wartime experience to fight for Catherine, and risk everything.”

Derek Miller’s Norwegian by Night read by Sean Mangan: “Sheldon Horowitz—widowed, impatient, impertinent—has grudgingly agreed to leave New York and move in with his granddaughter, Rhea, and her new husband, Lars, in Norway—a country of blue and ice with one thousand Jews, not one of them a former Marine sniper in the Korean War turned watch repairman. Not until now, anyway. Home alone one morning, Sheldon witnesses a dispute between the woman who lives upstairs and an aggressive stranger. When events turn dire, Sheldon seizes and shields the neighbor’s young son from the violence, and they flee the scene. As Sheldon and the boy look for a safe haven in an alien world, past and present weave together, forcing them ever forward to a wrenching moment of truth.”

Oliver Pötzsch’s The Ludwig Conspiracy read by Simon Vance: “In 1886, Ludwig II, the Fairy-tale King of Bavaria, was deposed after being declared insane by doctors who had never met him. He died mysteriously soon thereafter, his eccentric and beautiful castles his only legacy. In The Ludwig Conspiracy, master of historical suspense Oliver Pötzsch brings the Mad King back to life. An encoded diary by one of Ludwig’s confidants falls into the hands of modern-day rare-book dealer Steven Lukas, who soon realizes that the diary may bring him more misery than money. Lukas teams up with a beautiful art detective, Sara Lengfeld, to investigate each of Ludwig’s three famous castles for clues to crack the diary’s code as mysterious thugs and Ludwig’s fanatical followers chase them at every step. Just what in the diary could be so explosive?”