Release Week: Steve Erickson’s Zeroville, Jane Smiley’s The Greenlanders, Robert W. Chambers’ The Maker of Moons, and Luisa May Alcott’s A Whisper in the Dark

DECEMBER 10-16, 2014: For the first time in (at least recent) memory, all four of my picks for the week come off the “never before in audio” list, with none of the books even being released this decade and some being well out of copyright in text, and all under some of the best narrators in the field. There’s still more backlist audiobooks and even more concurrent new releases also out this week, from the 50-audiobook “The Saint” series in its mind-boggling entirety to David Drake’s Skyripper to Jane Yolen’s Sword of the Rightful King, from Frank Tallis’ creepy The Voices to Kate Milford’s Greenglass House, to paranormal romance (Elizabeth Hunter’s The Scribe) and Nobel Prize winner fiction, to still plenty more where all that came from. Meanwhile, just a few days ago on December 24th, a new Baen Audio Books production was out just in time for your holiday enjoyment, as Baen’s Free Radio Hour podcast debuted Larry Correia’s “Detroit Christmas”. After all, what goes with the holly and the ivy better than a Tommy gun? (And for those curious about the behind the scenes of a full cast, sound effects and original score production, there’s a short video for you.) Speaking of audiobooks with high production values, the current Humble Bundle is a pay-what-you-want offer on a huge batch of Doctor Who audiobooks, including seasons voiced by David Tennant and Colin Baker. Enjoy! 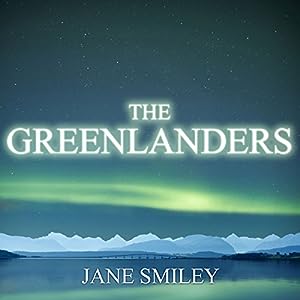 Zeroville by Steve Erickson, narrated by Bronson Pinchot for Blackstone Audio (Dec 12) — I first became curious about this 2007 American surrealist novel after reading Jeff VanderMeer’s interview with the author for Amazon’s Omnivoracious blog, and here voiced by no less than Bronson Pinchot, who narrated VanderMeer’s latest novels earlier this year, an interesting (and perhaps surreal) bit of weird synchronicity to go along with the text at hand: “On the same August day in 1969 that a crazed hippie “family” led by Charles Manson commits five savage murders in the canyons above Los Angeles, a young ex-communicated seminarian arrives with images of Elizabeth Taylor and Montgomery Clift—“the two most beautiful people in the history of the movies”—tattooed on his head. At once childlike and violent, Vikar is not acineaste but “cineautistic,” sleeping at night in the Roosevelt Hotel where he’s haunted by the ghost of D. W. Griffith. Vikar has stepped into the vortex of a culture in upheaval: strange drugs that frighten him, a strange sexuality that consumes him, a strange music he doesn’t understand. Over the course of the seventies and into the eighties, he pursues his obsession with film from one screening to the next and through a series of cinema-besotted conversations and encounters with starlets, burglars, guerrillas, escorts, teenage punks, and veteran film editors, only to discover a secret whose clues lie in every film ever made.” [Also out a bit earlier at Audible.]

The Greenlanders by Jane Smiley, narrated by Ralph Lister for Audible (Dec 16) — Pulitzer-winner Smiley’s 1988 novel in the epic Norse tradition comes to audio, and the New Delhi-born British actor Lister is a fantastic choice, bringing his years of stage and voice work to bear on both impeccable mainline narration and beautiful pronunciation of names and places. “Set in the 14th century in Europe’s most farflung outpost, a land of glittering fjords, blasting winds, sun-warmed meadows, and high, dark mountains, The Greenlanders is the story of one family – proud landowner Asgeir Gunnarsson; his daughter Margret, whose willful independence leads her into passionate adultery and exile; and his son Gunnar, whose quest for knowledge is at the compelling center of this unforgettable audiobook. Jane Smiley takes us into this world of farmers, priests, and lawspeakers, of hunts and feasts and long-standing feuds, and by an act of literary magic, makes a remote time, place, and people not only real but dear to us.” 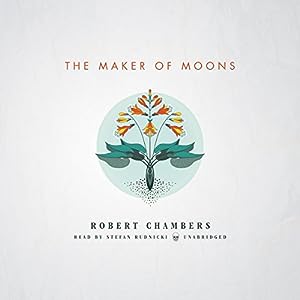 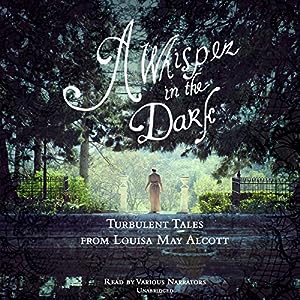 My second pair of picks this week both come in the form of short story collections released by Skyboat Media, starting with The Maker of Moons by Robert W. Chambers, narrated by Stefan Rudnicki (Dec 16) — “Released in 1896, one year after the publication of The King in Yellow—a milestone of supernatural fiction—Robert W. Chambers’ title story of this short-story collection is considered one of his finest weird tales. It is followed by a series of romantic art nouveau stories. Chambers’ love of natural scenery, symbolic animal figures, and ghostly imagery are on full display as he weaves his characters through these otherworldly tales.” Rudnicki’s affection for Chambers’ work continues to be on display, from his short fiction (including in Rudnicki’s Fantastic Imaginings anthology where I first encountered Chambers’ fiction) to of course his masterwork narration on The King in Yellow. [Also available at Audible.]

This last one is deeply intriguing to me as I had no idea these stories even existed: A Whisper in the Dark by Louisa May Alcott, directed by Claire Bloom and Gabrielle de Cuir, read by Cassandra Campbell, Gabrielle de Cuir, Susan Hanfield, and Stefan Rudnicki (Dec 16) stands both in contrast to Alcott’s beloved colletcion of children’s stories The Enchanted Collection as well as some distance from the series for which she is so well known: “From the author of Little Women comes a collection of gothic, romantic, and spellbinding tales guaranteed to surprise and delight. This collection represents the best of Alcott’s adult oeuvre. The stories in this volume display dramatic intensity and thrilling, suspenseful plots that show Alcott to be a complex and passionate writer. Listeners will discover within this maelstrom of murder, deceit, obsessive desire, treachery, duplicity, and betrayal that love and honor can still conquer all.” [Also available at Audible.] Here is another gem culled from dusty library backrooms from the folks at Skyboat, gleaned from their passionate and wide love of literature in all its forms. 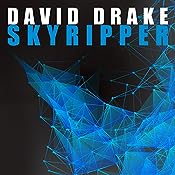 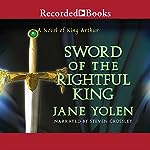 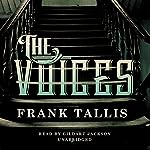 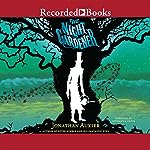 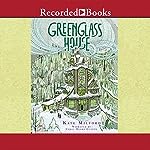 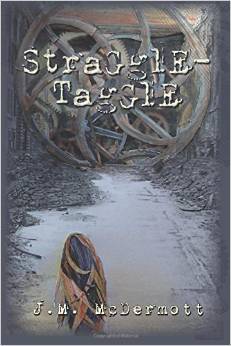