DECEMBER 17-31, 2014: I went ahead and extended this pair of weeks one extra day to give a clean cutoff to 2014. It was a fantastic year of audiobooks (and of course Dave and I will be here with some best-of-the-year picks in due course) and 2015 looks every bit as packed as we consider a preview of what’s to come. In the meantime, the last half of the last month of 2014 had some surprises, with all eight picks again coming off the “seen but not heard” listings — though a few of them are from just a few months earlier in the year. Also out and well worth checking out are Catherina Asaro’s Undercity, Walter Jon Williams’ Dread Empire’s Fall series, Mike Allen’s The Black Fire Concerto, Karl Ove Knausgaard’s My Struggle, and Amie Kaufman and Meagan Spooner’s This Shattered World. In “seen but not heard” to wrap up the year are Stephanie Ricker’s The Battle of Castle Nebula, Astrid ‘Artistikem’ Cruz’ The Last Superhero, and Guy Adams’ For a Few Souls More. Happy New Year!

PICKS OF THE WEEK(S): 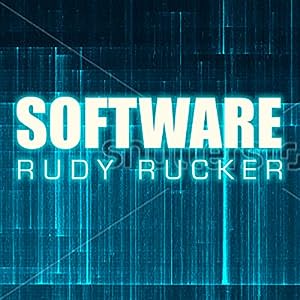 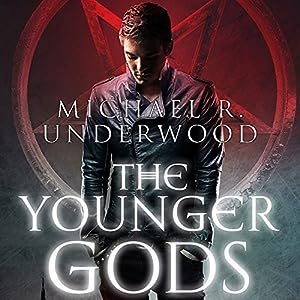 Software: Ware, Book 1, Wetware: Ware, Book 2, Freeware: Ware, Book 3, and Realware: Ware, Book 4 By Rudy Rucker, Narrated By Chris Sorensen (Dec 22) — “It was Cobb Anderson who built the “boppers” – the first robots with real brains. Now, in 2020, Cobb is just another aged “pheezer” with a bad heart, drinking and grooving on the old tunes in Florida retirement hell. His “bops” have come a long way, though, rebelling against their subjugation to set up their own society on the moon. And now they’re offering creator Cobb immortality but at a stiff price: his body his soul… and his world.” I’d been looking for an entry point to Rucker after repeatedly being recommended him for years, and here we go. While I wasn’t the biggest fan of Sorensen’s casting on an Australian epic fantasy in the last column, I liked him well on John Shirley’s “A Song Called Youth” a bit earlier this yar, and here he’s pretty nearly pitch-perfect for Rucker’s Philip K. Dick Award winning 1982 cyberpunk novel. (Book two also won the PKD Award. I don’t have the time today to do the research on how many series do that, but my guess is: few.)

The Younger Gods By Michael Underwood, Narrated By Luke Daniels (Dec 23) — first in a new series by the increasingly prolific Underwood, read by the always fantastic Daniels: “Jacob Greene was a sweet boy raised by a loving, tight-knit family… of cultists. He always obeyed, and was so trusted by them that he was the one they sent out on their monthly supply run (food, medicine, pig fetuses, etc.). Finding himself betrayed by them, he flees the family’s sequestered compound and enters the true unknown: college in New York City. It’s a very foreign place, the normal world and St. Mark’s University. And then his estranged sister arrives in town to kick off the apocalypse….” It’s also an inexpensive #WhispersyncDeal pickup, paired with the Kindle edition for $4.74+$2.99. 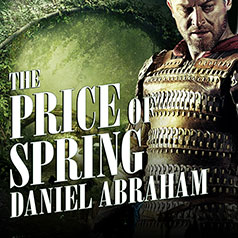 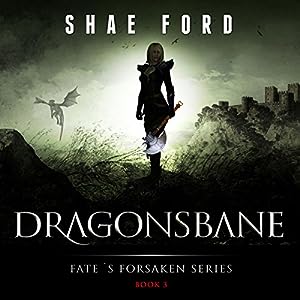 Next up are two series conclusions, starting with The Price of Spring by Daniel Abraham, read by Neil Shah for Tantor (Dec 23) — the fourth book of Abraham’s Long Price Quartet series, first published in the 2000s and brought the audio in rapid succession here to close 2014. “Fifteen years have passed since the devastating war between the Galt Empire and the cities of the Khaiem, in which the Khaiem’s poets and their magical power known as “andat” were destroyed, leaving the women of the Khaiem and the men of Galt infertile. The emperor of the Khaiem is trying to form a marriage alliance between his son and the daughter of a Galtic lord, hoping the Khaiem men and Galtic women will produce a new generation to help create a peaceful future. But Maati, a poet who has been in hiding for years and is driven by guilt over his part in the disastrous end of the war, defies tradition and begins training female poets. With Eiah, the emperor’s daughter, helping him, he intends to create andat and to restore the world to how it was before the war. As the prospect of peace dims under the lash of Vanjit’s new andat, Maati and Eiah try to end her reign of terror.”

Dragonsbane: Fate’s Forsaken, Book 3 by Shae Ford, narrated by Derek Perkins for Podium (Dec 19) — Battles fought on land and in the air conclude Ford’s “Fate’s Forsaken” series, read fantastically throughout by Perkins, utilizing a range of Commonwealth and other accents with excellent characterization and wonderful mainline narration. The trilogy now stands complete at about 55 hours, and Harbinger: Fate’s Forsaken, Book 1 and Slight and Shadow: Fate’s Forsaken, Book 2 are very inexpensive #WhispersyncDeal pickups, so fear not if you haven’t jumped into this epic fantasy series yet. Here: “With the thrones of the Sovereign Five broken, the Kingdom sits on the brink of ruin. A new threat rises from the north – an alliance between two rulers. While the Earl and the Countess plot for the throne, King Crevan slips deeper into madness. All of their fates are intertwined…and may yet be tied to a boy from the mountains. Forced to choose between avenging his village and protecting those he loves, Kael begins the long journey home.”

The Memory Garden by Mary Rickert, read by Tavia Gilbert for Blackstone Audio (Dec 31) — Out a bit earlier at Audible, this first novel from acclaimed short story writer “M. Rickert” has been getting “best fantasy of the year” discussion pretty much all year long, and squeezes in off the “most missing audiobooks of 2014” list by the skin of its digital teeth: “Bay Singer has bigger secrets than most. Not that she knows about them. Her mother, Nan, is sure that the burden of those secrets would be too much, and that’s why she never told anyone the truth … not even Bay. There’s a lot that Nan has kept quiet over the years, especially those times with Mavis and Ruthie—times that were dark and full of guilt. But some secrets have a power all their own, and Nan realizes she needs Mavis and Ruthie now more than ever. When the three meet again in Nan’s garden, their reunion has spellbinding effects that none of them could have imagined, least of all Bay.” Gilbert’s narration is fantastic, but man, this cover, it does nothing for me; the print cover is much more appealing.

It Happened in Boston? by Russell H. Greenan, read by Robert Fass for Blackstone Audio (Dec 17) — Greenan’s acclaimed 1968 debut, with an introduction by Jonathan Lethem: “In this breathtakingly imaginative book—now appearing in audio for the first time—we enter the mind of an unnamed artist of prodigious talent and intelligence who is determined to correct the world’s wrongs via a direct confrontation with the Almighty, no matter what the consequences. A spellbinding tale told by a memorably unreliable narrator, It Happened in Boston? places you inside a vivid world that brilliantly and surprisingly interweaves art, genius, love, madness, betrayal, God … and murder.” 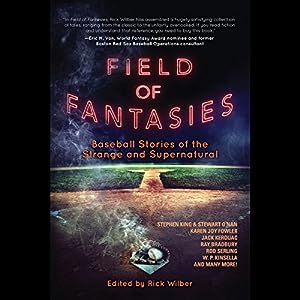 The last two picks are anthologies, starting with Multiverse: Exploring Poul Anderson’s Worlds edited by Greg Bear and Gardner Dozois, narrated by Jim Manchester, Paul Michael Garcia, Charlotte Anne Dore, and Stephen R. Thorne for Blacksone Audio (Dec 30) — “A rousing, all-original anthology that stands both as a significant achievement in its own right and as a heartfelt tribute to a remarkable writer—and equally remarkable man. A nicely balanced mixture of fiction and reminiscence, Multiverse contains more than a dozen stories and novellas by some of today’s finest writers, along with moving reflections by, among others, Anderson’s wife, Karen; his daughter, Astrid Anderson Bear; and his son-in-law, novelist and coeditor Greg Bear.” Authors include (among others) Nancy Kress, Tad Williams, Eric Flint, Larry Niven, C.J. Cherryh, Stephen Baxter, and David Brin. Published in deluxe hardcover earlier this year by Subterranean Press, a more inexpensive physical edition is due in 2015 from Baen.

Finally, an anthology: Field of Fantasies: Baseball Stories of the Strange and Supernatural edited by Rick Wilber, narrated by Peter Berkrot, Aaron Abano, Eric Pollins, Christine Marshall, Norman Dietz, and Corey Gagne for Audible (Dec 23) — it’s a pity that none of Mike Jasper’s supernatural baseball stories are in here, but it’s quite an anthology for those who love both fastballs and fireballs. “Of all the sports played across the globe, none has more curses, superstitions, or supernatural events like baseball, America’s national pastime. While some of these can easily be explained, there are just as many that cannot. Field of Fantasies delves right into that superstition with short stories written by several key authors about baseball and the supernatural.” Authors include Stephen King, Jack Kerouac, Karen Joy Fowler, Rod Serling, W. P. Kinsella, Kim Stanley Robinson, Gardner Dozois, John Kessel, Ray Bradbury, Cecelia Tan, and more. 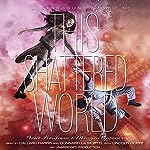 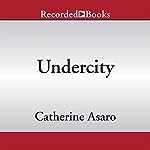 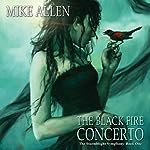 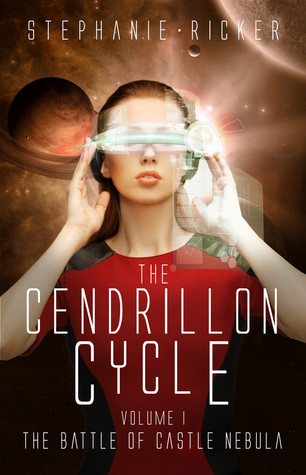 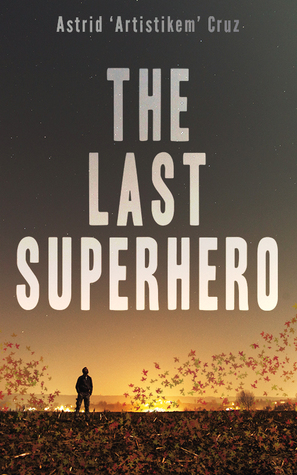