From an audiobooks standpoint, I don’t have too much to say about this year’s Hugo Awards controversy. However, I do want to cover the nominees in terms of what’s available in audio, even though this listing is already out of date as nominees are disqualified (for prior publication, etc.) or withdrawn. Here goes, starting with the Best Novel nominees: 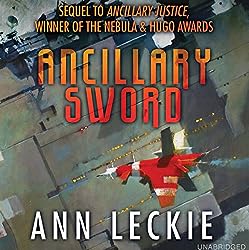 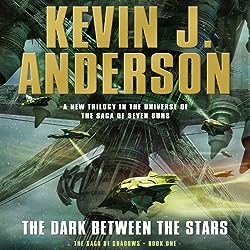 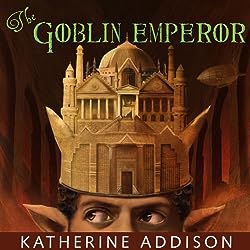 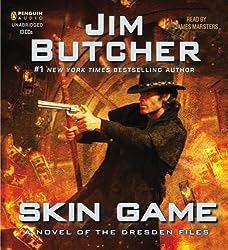 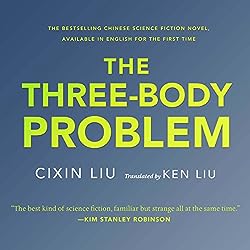 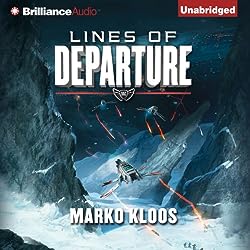 Ancillary Sword, The Goblin Emperor, and The Three-Body Problem all received high marks in The AudioBookaneers favorite audiobooks of 2014 writeup, and Bob Reiss over at The Guilded Earlobe had very kind words for Lines of Departure. I’m way, way behind in Butcher’s Dresden Files series, but certainly have enjoyed Marsters reading them thus far, and KJA’s book (I’m more familiar with his work on the Dune sequels and Clockwork Angels) begins a new series set 20 years after his 7-novel Saga of Seven Suns series.

While none of the novellas are, to my knowledge, available in audio, one novelette, “The Day the World Turned Upside Down” by Thomas Olde Heuvelt (Lightspeed) is available on the Lightspeed Magazine podcast or by clicking “Listen” on the story page. (Not one of the initially announced nominees, it replaced a novelette which was discovered to be ineligible for prior publication in a previous year.)

One short story is also available in audio, “Goodnight Stars” by Annie Bellet (The End is Now (Apocalypse Triptych Book 2), Broad Reach Publishing) which is available as part of the complete audiobook for the anthology, or individually on a special page from editor John Joseph Adams.

There are changes coming to this list, as both Kloos and Bellet have withdrawn their nominees. Kloos writes:

It has come to my attention that “Lines of Departure” was one of the nomination suggestions in Vox Day’s “Rabid Puppies” campaign. Therefore—and regardless of who else has recommended the novel for award consideration—the presence of “Lines of Departure” on the shortlist is almost certainly due to my inclusion on the “Rabid Puppies” slate. For that reason, I had no choice but to withdraw my acceptance of the nomination. I cannot in good conscience accept an award nomination that I feel I may not have earned solely with the quality of the nominated work.

I am withdrawing because this has become about something very different than great science fiction. I find my story, and by extension myself, stuck in a game of political dodge ball, where I’m both a conscripted player and also a ball. (Wrap your head around that analogy, if you can, ha!) All joy that might have come from this nomination has been co-opted, ruined, or sapped away. This is not about celebrating good writing anymore, and I don’t want to be a part of what it has become.

As these authors were put in an untenable situation by this year’s events, I do want to point out that due to Audible’s Spring Cleaning sale they have some very inexpensive audiobooks to check out: 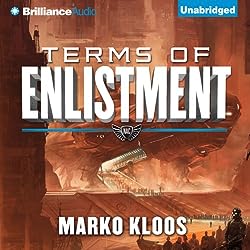 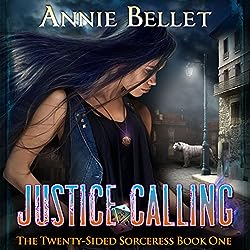 Terms of Enlistment: Frontlines, Book 1 and Lines of Departure by Marko Kloos (Author), Luke Daniels (Narrator) are on sale for $5.24 each; while you can also get them for $4.99 each in Kindle and add the audiobooks for $1.99 each; or pick them up in CD audio for $10.28 or pre-order them in MP3-CD for $7.04, etc. as well. “The year is 2108, and the North American Commonwealth is bursting at the seams. For welfare rats like Andrew Grayson, there are only two ways out of the crime-ridden and filthy welfare tenements, where you’re restricted to 2,000 calories of badly flavored soy every day. You can hope to win the lottery and draw a ticket on a colony ship settling off-world, or you can join the service.”

Justice Calling: The Twenty-Sided Sorceress, Book 1 by Annie Bellet (Author), Folly Blaine (Narrator) is on sale for $3.47; with Murder of Crows: The Twenty-Sided Sorceress, Book 2  the sale price is $7.47. “Gamer. Nerd. Sorceress. Jade Crow lives a quiet life running her comic book and game store in Wylde, Idaho. After twenty-five years fleeing from a powerful sorcerer who wants to eat her heart and take her powers, quiet suits her just fine. Surrounded by friends who are even less human than she is, Jade figures she’s finally safe. As long as she doesn’t use her magic.”

One Response to Hugo Award nominees in audio, 2015 edition