Today’s Kindle Gold Box Deal is 50 spooky reads at up to 80% off, and while quite a few aren’t Whispersync enabled (of these, Claire North’s Touch for $1.99 is a steal, people), 27 titles are, and while several of those aren’t exactly in the “deals” category (at +$10.99 for the Audible edition, The Girl With All the Gifts, Heart-Shaped Box, Half Bad (The Half Bad Trilogy Book 1)) there are quire a few that are under $5-$6 for the combined Kindle+Audible editions. My eleven sf/f picks among these are: 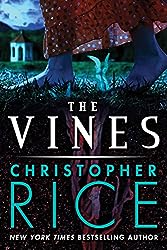 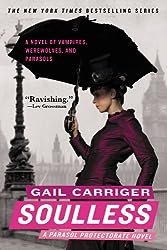 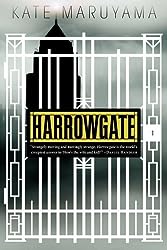 Soulless (Parasol Protectorate Series Book 1) by Gail Carriger, read by Emily Gray for $1.99+$3.49 — “Victorian romance mixes seamlessly with elegant prose and biting wit-and werewolves-in Gail Carriger’s delightful debut novel. Soulless introduces Alexia Tarabotti, a parasol-wielding Londoner getting dangerously close to spinster status. But there are more important things than finding a husband. For Alexia was born without a soul, giving her the ability to render any vampire or werewolf completely powerless.”

Harrowgate by Kate Maruyama, read by Nick Podehl for $1.99+$1.99 is a deeply creepy story that I won’t give away by too much description here: “Michael should be overjoyed by the birth of his son, but his wife, Sarah, won’t let him touch the baby or allow anyone to visit. Greta, an intrusive, sinister doula has wormed her way into their lives, driving a wedge between Michael and his family. Every time he leaves the Harrowgate, he returns to find his beloved wife and baby altered. He feels his family slipping away, and as a malevolent force begins to creep in, Michael does what any new father would do – he fights to keep his family together. Kate Maruyama’s debut novel, Harrowgate, is a chilling, richly detailed story of love, loss, and the haunted place that lies between.”

The Vines by Christopher Rice, read by Jeff Cummings for $1.99+$1.99 — “The dark history of Spring House, a beautifully restored plantation mansion on the outskirts of New Orleans, has long been forgotten. But something sinister lurks beneath the soil of the old estate. After heiress and current owner Caitlin Chaisson is witness to her husband’s stunning betrayal at her birthday party, she tries to take her own life in the mansion’s cherished gazebo. Instead, the blood she spills awakens dark forces in the ground below. Chaos ensues and by morning her husband has vanished without a trace and his mistress has gone mad. Nova, daughter to Spring House’s groundskeeper, has always suspected that something malevolent haunts the old place, and in the aftermath of the birthday party she enlists Caitlin’s estranged best friend, Blake, to help her get to the bottom of it. The pair soon realizes that the vengeance enacted by this sinister and otherworldly force comes at a terrible price.” (The MP3-CD edition is just $2.92 for those who prefer physical editions.) 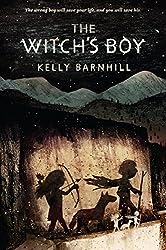 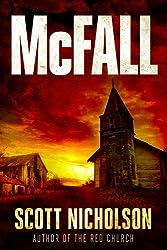 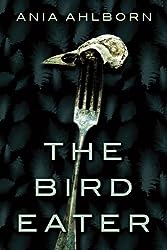 The Witch’s Boy by Kelly Barnhill, read by Ralph Lister for $1.99+$3.99 — “When Ned and his identical twin brother tumble from their raft into a raging, bewitched river, only Ned survives. Villagers are convinced the wrong boy lived. Sure enough, Ned grows up weak and slow, and stays as much as possible within the safe boundaries of his family’s cottage and yard. But when a Bandit King comes to steal the magic that Ned’s mother, a witch, is meant to protect, it’s Ned who safeguards the magic and summons the strength to protect his family and community. In the meantime, in another kingdom across the forest that borders Ned’s village lives Áine, the resourceful and pragmatic daughter of the Bandit King. She is haunted by her mother’s last words to her: “The wrong boy will save your life and you will save his.” But when Áine and Ned’s paths cross, can they trust each other long enough to make their way through the treacherous woods and stop the war about to boil over?”

McFall by Scott Nicholson, read by Jeff Cummings for $1.99+$1.99 — “Award-winning author Scott Nicholson returns to the Blue Ridge Mountain legends and setting of his best-selling thrillers, The Red Church and Drummer Boy. When wealthy developer Larkin McFall moves to the small Appalachian Mountain community of Barkersville, generations-old tales of supernatural phenomena, sudden deaths, and odd disappearances resurface. Larkin laughs off the stories as superstition, while promising to bring a bright new future to the dying town. Sheriff Frank Littlefield senses a diabolical motive in McFall’s good intentions. High school friends Bobby Eldreth and Ronnie Day also suspect that an evil menace has invaded Barkersville, but both soon fall under McFall’s spell. Has the sinister presence that once infiltrated the abandoned – perhaps haunted – red church spread to the community as McFall turns the family property into a luxurious subdivision?”

The Bird Eater by Ania Ahlborn, read by Peter Berkrot for $1.99+$1.99 — “Twenty years ago, the mysterious death of his aunt left Aaron Holbrook orphaned and alone. He abandoned his rural Arkansas hometown vowing never to return, until his seven-year-old son died in an accident, plunging Aaron into a nightmare of addiction and grief. Desperate to reclaim a piece of himself, he returns to the hills of his childhood, to Holbrook House, where he hopes to find peace among the memories of his youth. But solace doesn’t come easy. Someone – or something – has other plans.” 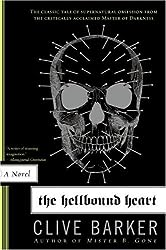 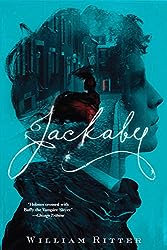 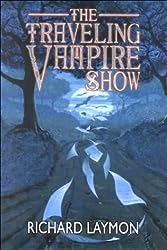 The Hellbound Heart by Clive Barker, read by Jeffrey Kafer for $1.99+$3.49 — “Frank Cotton’s insatiable appetite for the dark pleasures of pain led him to the puzzle of Lemarchand’s box, and from there, to a death only a sick-minded soul could invent. But his brother’s love-crazed wife, Julia, has discovered a way to bring Frank back – though the price will be bloody and terrible…and there will certainly be hell to pay.”

Jackaby by William Ritter, read by Nicola Barber for $1.99+$3.99 — “Newly arrived in New Fiddleham, New England, 1890, and in need of a job, Abigail Rook meets R. F. Jackaby, an investigator of the unexplained with a keen eye for the extraordinary – including the ability to see supernatural beings. Abigail has a gift for noticing ordinary but important details, which makes her perfect for the position of Jackaby’s assistant. On her first day, Abigail finds herself in the midst of a thrilling case: A serial killer is on the loose. The police are convinced it’s an ordinary villain, but Jackaby is certain the foul deeds are the work of the kind of creature whose very existence the local police seem adamant to deny. While Abigail finds herself drawn to Jackaby’s keen intelligence and his sensitivity to phenomena others barely perceive, her feelings are confused by the presence of Charlie, a handsome young policeman willing to help Jackaby and Abigail on the case. But is Charlie’s offer a sincere desire to be of service, or is some darker motive at work.”

The Traveling Vampire Show by Richard Laymon, read by Bob Barnes for $1.99+$1.99 — “It’s a hot August morning in 1963. All over the rural town of Grandville-tacked to power poles and trees, taped to store windows-flyers have appeared, announcing the one-night-only performance of The Traveling Vampire Show. The promised highlight of the show is the gorgeous Valeria, the only living vampire in captivity. For three local teenagers, two boys and a girl, this is a show they can’t miss, but they find much more than they expected!” 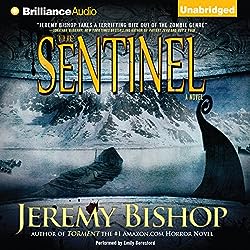 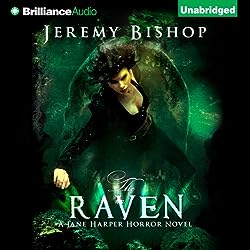 The Sentinel (A Jane Harper Horror Novel) and The Raven (A Jane Harper Horror Novel Book 2) by Jeremy Bishop, read by Emily Beresford for $1.99+$1.99 each — “In the frigid waters off the Arctic Ocean, north of Greenland, the anti-whaling ship The Sentinel, and her crew face off against a harpoon ship in search of Humpback whales. When the two ships collide and a suspicious explosion sends both ships to the bottom, the crews take refuge on what they think is a peninsula attached to the mainland, but is actually an island, recently freed from a glacial ice bridge. Seeking shelter, the two opposing crews scour the island for resources. Instead, they find Viking artifacts, the preserved remains of an ancient structure and a stone totem warning of horrible creatures buried in the island’s caves. Facing violent, frigid storms, a hungry polar bear and the very real possibility that they are stranded without hope of rescue, Jane Harper leads the two crews, who must work together to defend themselves against an ancient evil upon which the modern stories of both zombies and vampires are based. The original undead are awake and hungry. Beware the Draugar.”