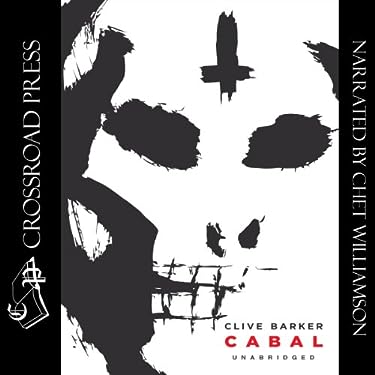 Nothing says Halloween quite like monsters. Over the last few weeks, two books I’ve listened to have focused on monsters and our reactions to them: Ray Bradbury’s Something Wicked This Way Comes and Clive Barker’s Cabal. Both of these books are considered classics of their eras, and listening to them back-to-back, I found their differing perspectives on monsters as reflections of humanity kind of fascinating.

Bradbury’s novel is one of my favorites, probably in no small part because I first read it as an impressionable teenager, and it was one of my gateways to dark fantasy/horror. One fall in the early 20th century, two boys encounter a mysterious carnival that comes to town, and soon discover that something nefarious is afoot. Led by Mr. Dark, the sinister illustrated man, the carnival houses many secrets: its carousel has the power to make riders younger or older, the hall of mirrors can capture and trap patrons, and Mr. Dark himself wants to steal souls. Bradbury’s work is iconic — I’ve read/listened to it 3 times now. The carousel itself, the balloon and dust witch at night, the children’s images on Mr. Dark’s palms, and the scene where Charles Holloway explains to his son William that good does not necessarily equate to happiness, all mixed together with Bradbury’s delightful and whimsical prose…well, it’s easy to see why this book is considered a classic of the fantasy genre.

On this read, I found it interesting to note that Mr. Dark and his troupe of carnies are simply evil because they are monsters. Or, to put it more crassly, freaks. Will and Jim witness a carousel ride and see an old man become young again, and because of this supernatural event are convinced the carnival is wicked. They aren’t wrong, exactly — the carnival is both intent on theft of the physical and spiritual. The children are tempted by wickedness, and so are their protectors. And once those people are captured and transformed into monsters, they lose all sense of humanity and agency: a lightning rod salesman is transformed into a hideous dwarf, an elderly school teacher becomes young again, and they are powerless to do good.

On the other hand, there is Barker’s Cabal, originally published in 1988, where the humanity of monsters is balanced against the monstrosity of human behavior. Boone, a man with a mental disorder, is led to believe that he is responsible for a number of hideous murders. When he flees to a small town called Midian, he finds a society of monsters that live under a cemetery, and discovers that his psychologist (representing the epitome of what we’d call civilization) is more of a monster than any of the creatures Boone encounters. Lori, Boone’s lover, takes up a significant portion of the narrative, interacting with both humanity and the monsters who live in its shadows, working as almost as an intermediary between the two groups for most of the story. And while the monsters of Midian are sympathetic, they certainly aren’t safe.

I had never read Cabal before — this was actually my first experience with one of Clive Barker’s novels, but it will not be my last. While the book is far from perfect — Boone himself is something of a bland protagonist, I would’ve preferred more description of Midian’s underground society in general, and I think one of Barker’s choices at the end is maybe a flinch — Cabal does get quite a bit right, and it’s a very visceral listen. There are buckets of blood and gore and organs described in all the splatterpunk carnage you’d expect from the late 80s. There’s also a startling, fierce, and hungry sexuality. In the opening of the book, we learn that Boone and Lori, two very beautiful young people trying to fit in with society, have difficulty in bed. As we witness Boone becomes more of a monster, we also witness these characters draw closer in ways they weren’t able to before.

This entry was posted in Uncategorized and tagged all hallows listen, clive barker, monsters, ray bradbury. Bookmark the permalink.