Casting Call: Skyboat Media’s Stefan Rudnicki and Gabrielle de Cuir on Harlan Ellison’s The City on the Edge of Forever

I’ve been a huge fan of Skyboat Media for a long time — anybody who brings more Lewis Shiner and Manly Wade Wellman audiobooks into the world gets my support, and that’s the tip of the iceberg — and when I saw that Stefan Rudnicki and Gabrielle de Cuir were planning to produce a full cast version of Harlan Ellison’s classic Star Trek teleplay “The City on the Edge of Forever” I was definitely intrigued. When I saw the behind-the-scenes sound check with Scott Brick as Spock, and Brick’s studio selfie with LeVar Burton, it was starting to sink in that, wow, this is going to be something pretty special, but I didn’t yet realize just how much was going into this project.

Well, Skyboat’s Kickstarter campaign for A Skyboat Audiobook of Harlan Ellison’s Star Trek Teleplay went live late on February 17 (or early on February 18, depending on your time zone), and it finally started to sink in just how ambitious this project is: Ellison reading his own 80-page introduction; productions of the first and second script treatments and the WGA-winning teleplay; a huge list of afterwords from some of the biggest names in Star Trek, some read by their authors; and an absolutely, absolutely all-star cast from top to bottom, main cast to bit parts.

I’m thrilled to be able to share an interview with Rudnicki and de Cuir about the project, its formulation and execution, and I couldn’t resist asking about some of their other recent work and what else might be in store for 2016. Enjoy! 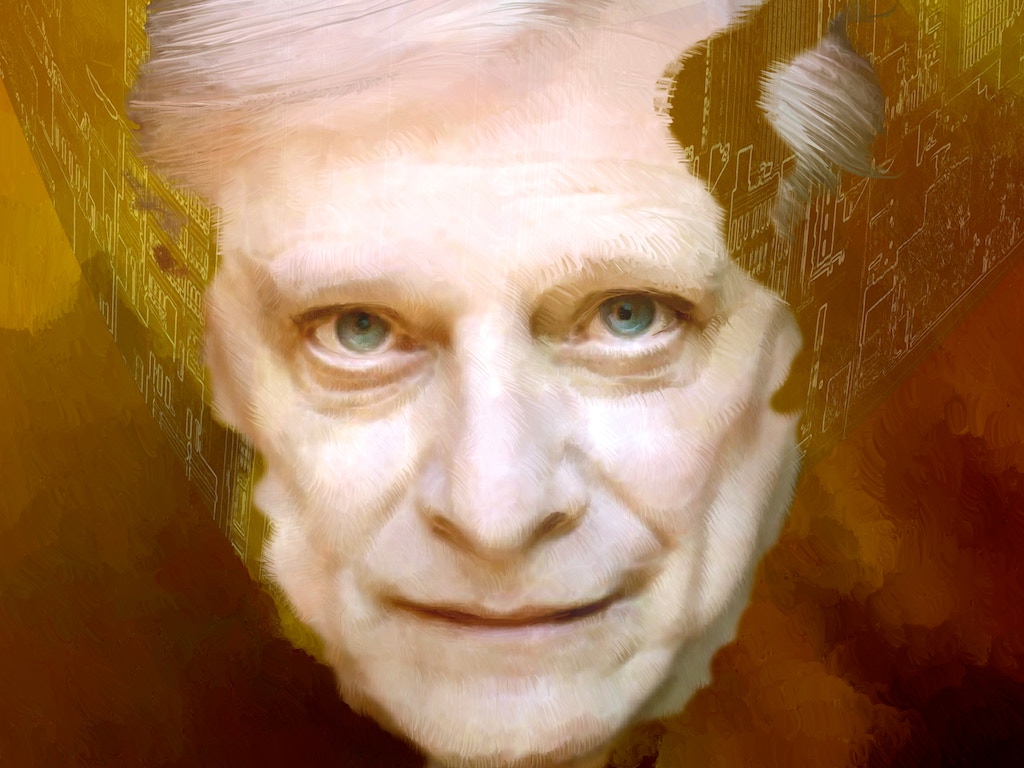 Q: You’ve both been involved with Kickstarters before, both with Lightspeed and Nightmare Magazine and the “XYZ destroys ABC” genre special issues, and with David Steffen’s Long List Anthology, but this is (I think) Skyboat’s first audiobook Kickstarter. What has your experience with those previous projects helped you learn, and how did they help you decide that crowd-funding was the way to get this Teleplay project published?

Yes, we are surrounded by successful Kickstarters, including the fact that we’ve produced over 500 children’s books for LeVar Burton’s historic Reading Rainbow Kickstarter! And, yes, it is our first. We’ve learned that it is a massive undertaking; not only in person-power, but in preplanning and trying to second guess every single piece of the Kickstarter puzzle. We felt CITY was a project that would attract backers from several Skyboat worlds; drawing Harlan Ellison fans, Star trek fans and Skyboat production fans. We also wanted to creatively own the piece, because we felt we could control every step of the production process and deliver what the fans have come to expect from a Skyboat Production.

Q: You’ve assembled a fantastic cast for this one, I think I said when you announced Scott Brick as “Spock” that I could already hear him in my head. I’m less familiar with your “Kirk”, John Rubinstein. How did your casting process work in general, and specifically for “Kirk”, on this project?

It was not our intention to imitate the original actors portraying the familiar roles, but rather to find energies that seemed to match the personalities. So it is with Scott. John Rubinstein has a fine ear for nuance, and we felt that the writing, being as strong as it is, would bring him to Kirk’s quirky, often arch, tone. As it did. In Harlan’s description of Edith Keeler he raptures at length about the melodic quality of her voice. Jean Smart is liquid audio velvet; despite the terrifying matron she recently played on Fargo Season 2 and Martha Logan on 24. An incredible performer. And Stefan (Gabrielle here) is the only logical choice for The Guardian of Forever. Spock would agree.

Q: You’re no strangers to full cast production, notably Ender’s Game Alive and most recently Stefan had a part in Battlefield Earth. This one’s a teleplay from the ground up, as opposed to adapting from a novel. Did that change anything in terms of your approach?

Every project we do is in some way unique. And none more so than the complicated full cast productions. The key unique element with CITY turned out to be the extensive camera and “stage” directions, in effect a narrative component that would probably be omitted in most audio teleplays. But being by Harlan Ellison, this narrative turned out to be at least as compelling as the dialogue, and hence an essential part of the production. In order to best utilize the talent available to us, we chose to break up the narration among several cast members, so that the story could alter shape with each act. LeVar Burton, David Gerrold, Jim Meskimen, Richard Gilliland, Paul Boehmer and Jean Smart each recorded a narration portion, so that the colors and rhythms of the telling could shift and change very much the way time itself does in the story.

Q: For those who (like me, I confess) aren’t familiar with the “controversy” surrounding this episode, and how Ellison’s original script differs from the episode as shot and broadcast, could you give us some background, and some non-spoilery examples?

The Controversy 101 here is that there are essentially two quite different teleplays that coexist: Harlan’s original teleplay and the one that was eventually filmed. They share certain thematic elements, but the details and many of the characters were altered for the final shooting script. In fact, it could be said (and has been) that the actual moral core of the original story was subverted. Yet both versions have had their success and their following, Harlan’s script winning the WGA Award and the episode as aired receiving a Hugo. We’re leaving it up to the listeners to judge.

Q: What kind of sound effects and/or music can we expect to hear on this audiobook?

There are no sound effects or music in the essential audiobook, partly as these run counter to the very idea of “audiobook.” This is the audio version of Harlan’s actual book. But we are hoping, perhaps through stretch goals, to announce an alternate version of the teleplay with those elements added, for those fans who want the full aural experience.

Q: Is any part of this Kickstarter project also an experiment on your part in using this model for other projects?

Yes. We would like to actually see audiobooks become a subset category of Publishing on the Kickstarter platform. If successful, we would like to continue to unearth these types of gems, and let the fans sponsor their favorites. We have several ideas in the pipeline, and would love to hear suggestions from the fans as to what they would like to sponsor next!

Q: I can’t pass up this opportunity to also ask about the three Samuel R. Delany audiobooks (Babel-17 and Dhalgren, both out now, and Nova, due out March 8). I know you pursued those rights for a long time, and I’ve enjoyed them immeasurably. Now looking back on the (quite extended, in the case of Dhalgren!) time in the booth and director’s chairs for these, have you had a chance to reflect on what you were able to accomplish?

Speaking for myself (Stefan), besides renewing my acquaintance with books that were favorites of mine when I first read them shortly after their initial publication, I feel that the greatest accomplishment for me has been in even attempting to voice the complicated characters and syntax of Chip Delany’s writing. Essentially, much of his work is not only characterized by strong language choices, but turns out also to be about language itself and about the creative processes that drive us. To record any of his books feels to me like an immersion in creativity itself, and as such has been inspiring on more levels than I can name.

This project will take us to the 50th Annual Star Trek Convention in August in Las Vegas, where we have been accepted as Vendors, and plan to stage quite a thematic “show” for CITY in the 1930s Soup Kitchen style. We have a panel set at Wondercon (ComicCon)in March in Los Angeles to speak on the CITY teleplay. A visit to Chicago to Book Expo and the Audie Awards in May, since we’ve been honored with nominations for co-producing I MUST SAY by Martin Short and ALMOST INTERESTING by David Spade for HarperCollins. We’re on the lookout for investing Audiobook Angels to allow us to continue our acquisitions and keep these audio gems coming. We plan to start selling directly from our website, as we’ll be doing exclusively to start with CITY beginning in May.

Again, my thanks to Rudnicki and de Cuir for their time for this interview. Now, or at least before March 18!, go check out their Kickstarter campaign for A Skyboat Audiobook of Harlan Ellison’s Star Trek Teleplay, which is just about $2,500 short of its 15,000 goal as of this posting. There’s still one “Hollywood’s Calling” reward left (where YOU get one line to record for the teleplay!) and a couple of “Scott Brick Narration” rewards left (where Brick will narrate up to 7000 words of public domain or your text), along with some other intriguing rewards such as the “Audiobook Launch”, which gets you a “one-page gentle but expert analysis” of your novel, along with production costs and casting suggestions.

And even if you’re not even interested in this particular project, the campaign includes some — dare I say it — “fascinating” glimpses into what goes into an audiobook production, from a timeline to a budget breakdown. Do check it out!