It’s a pretty lean month for the #WhispersyncDeal monthly roundup, making yet another “almost too late to be useful” post pretty ridiculous. When I finally started looking at the deals in the monthly $3.99 or Less and 50 Kindle Books for $2 Each listings between innings of the Cubs World Series games (yes I just typed that!) I almost decided to just go ahead and skip the month. While great, we’ve seen Vonnegut’s Cat’s Cradle and Slaughter-House Five and Richard Matheson’s I Am Legend before quite a few times. But! The few gems I found made it worth getting this quick little mini-roundup out there, because the few that there are, are really, really good. And! I already had the text bit of my picks from the Downpour.com $3.95 Horror Sale, also expiring on October 31, which I’ve added to the end of the post. Enjoy!

Emperor of the Eight Islands: Book 1 in The Tale of Shikanoko by Lian Hearn, read by Neil Shah for $2.99+$3.99 — Hearn is the author of Across the Nightingale Floor, and Shah is brilliant in her new series: “In the opening pages of the action-packed Book One of Lian Hearn’s epic Tale of Shikanoko series–all of which will be published in 2016–a future lord is dispossessed of his birthright by a scheming uncle, a mountain sorcerer imbues a mask with the spirit of a great stag for a lost young man, a stubborn father forces his son to give up his wife to his older brother, and a powerful priest meddles in the succession to the Lotus Throne, the child who is the rightful heir to the emperor barely escaping the capital in the arms of his sister. And that is just the beginning.”

Blindnes by Jose Saramago, read by the fantastic Jonathan Davis for $2.99+$3.99 — “A city is hit by an epidemic of “white blindness” which spares no one. Authorities confine the blind to an empty mental hospital, but there the criminal element holds everyone captive, stealing food rations and raping women. There is one eyewitness to this nightmare who guides seven strangers-among them a boy with no mother, a girl with dark glasses, a dog of tears-through the barren streets, and the procession becomes as uncanny as the surroundings are harrowing. A magnificent parable of loss and disorientation and a vivid evocation of the horrors of the twentieth century, Blindness has swept the reading public with its powerful portrayal of man’s worst appetites and weaknesses-and man’s ultimately exhilarating spirit. The stunningly powerful novel of man’s will to survive against all odds, by the winner of the 1998 Nobel Prize for Literature.”

Teen: Timebound, Time’s Edge, and Time’s Divide by Rysa Walker, read by Kate Rudd for $1.99+$1.99 each — Walker’s ABNA Award winning and bestselling time travel series: “When Kate Pierce-Keller’s grandmother gives her a strange blue medallion and speaks of time travel, sixteen-year-old Kate assumes the old woman is delusional. But it all becomes horrifyingly real when a murder in the past destroys the foundation of Kate’s present-day life. Suddenly, that medallion is the only thing protecting Kate from blinking out of existence. Kate learns that the 1893 killing is part of something much more sinister, and her genetic ability to time travel makes Kate the only one who can fix the future. Risking everything, she travels back in time to the Chicago World’s Fair to try to prevent the murder and the chain of events that follows. Changing the timeline comes with a personal cost—if Kate succeeds, the boy she loves will have no memory of her existence. And regardless of her motives, does Kate have the right to manipulate the fate of the entire world?”

Teen: Atlanta Burns and The Hunt  by Chuck Wendig, read by Cris Dukeheart for $1.99+$1.99 each — “You don’t mess with Atlanta Burns. Everyone knows that. And that’s kinda how she likes it—until the day Atlanta is drawn into a battle against two groups of bullies and saves a pair of new, unexpected friends. But actions have consequences, and when another teen turns up dead—by an apparent suicide—Atlanta knows foul play is involved. And worse: she knows it’s her fault. You go poking rattlesnakes, maybe you get bit. Afraid of stirring up the snakes further by investigating, Atlanta turns her focus to the killing of a neighborhood dog. All paths lead to a rural dogfighting ring, and once more Atlanta finds herself face-to-face with bullies of the worst sort. Atlanta cannot abide letting bad men do awful things to those who don’t deserve it. So she sets out to unleash her own brand of teenage justice. Will Atlanta triumph? Or is fighting back just asking for a face full of bad news?”

Indexing and Indexing: Reflections by Seanan McGuire, read by Mary Robinette Kowal for $2+$1.99 each — “‘Never underestimate the power of a good story.’ Good advice…especially when a story can kill you. For most people, the story of their lives is just that: the accumulation of time, encounters, and actions into a cohesive whole. But for an unfortunate few, that day-to-day existence is affected – perhaps infected is a better word – by memetic incursion: where fairy tale narratives become reality, often with disastrous results. That’s where the ATI Management Bureau steps in, an organization tasked with protecting the world from fairy tales, even while most of their agents are struggling to keep their own fantastic archetypes from taking over their lives. When you’re dealing with storybook narratives in the real world, it doesn’t matter if you’re Snow White, Sleeping Beauty, or the Wicked Queen: no one gets a happily ever after. Indexing is New York Times best-selling author Seanan McGuire’s new urban fantasy where everything you thought you knew about fairy tales gets turned on its head.”

Tears in Rain and Weight of the Heart by Rosa Montero, translated by Lilit Zekulin Thwaites, read by Mary Robinette Kowal for $2+$1.99 — A Blade Runner esque story of replicants and noir: “As a replicant, or “technohuman”, Detective Bruna Husky knows two things: humans bioengineered her to perform dangerous, undesirable tasks, and she has just 10 years on the United States of Earth before her body automatically self-destructs. But with “antitechno” rage on the rise and a rash of premature deaths striking her fellow replicants, she may have even less time than she thought. Investigating the mysterious deaths, Bruna delves into the fractious, violent history shared by humans and replicants, and struggles to engage the society that fails to understand her – yet created her. The deeper she gets, the deadlier her work becomes as she uncovers a vast, terrifying conspiracy bent on changing the very course of the world. But even as the darkness of her reality closes in, Bruna clings fiercely to life.”

Mystery: The Last Moriarty (A Sherlock Holmes and Lucy James Mystery) by Charles Veley, read by Edward Petherbridge for $2+$2.99 — “Narrated by acclaimed British actor Edward Petherbridge, The Last Moriarty is set in London, 1895. On a cold November morning, a young American actress visits 221B Baker Street, desperate for Sherlock Holmes to protect her from the threats of a mysterious, menacing man who has recently appeared in her life. Holmes agrees to help, even though he has just promised the Prime Minister to solve the murder of John D. Rockefeller’s security agent before the incident can derail an upcoming British-American summit. To find the agent’s killer – and help the young actress – Holmes will need all his talents for both deduction and deception. But when another lovely woman, this one from Holmes’s past, reappears and clues to the murder point to the late Professor Moriarty, the famously analytical detective must also look inward. Can Holmes prevent chaos on both sides of the Atlantic and unmask his newest client’s shadowy antagonist? For Holmes and Watson, this is the case that will change everything.”

All right, before I get to those Downpour.com deals here are some of the “random” Whispersync deals I’ve run into this month:

Delicate Edible Birds: And Other Stories is a collection by Lauren Groff, read by Susan Ericksen for $2.99+$3.99; Dragonvein (Book One) by Brian D. Anderson, read by Derek Perkins for $4.99+$1.99 is a portal fantasy (“Carentan, France 1944 – Ethan Martin, a soldier in the 101st Airborne, is fighting for his life. But soon he will learn what peril truly is when he is ripped from his world and transported to a land of magic, swords, and dragons.”); and Starship’s Mage: Omnibus by Glynn Steward, read by Jeffrey Kafer for $3.99+$2.99 is a science fantasy (“In a galaxy tied together by the magic of the elite Jump Magi, Damien Montgomery is a newly graduated member of their number. With no family or connections to find a ship, he is forced into service on an interstellar freighter known to be hunted by pirates. When he takes drastic action to save the Blue Jay from their pursuers, he sets in motion a sequence of events beyond his control and attracts enemies on both sides of the law.”).

All right! As promised here’s my picks from the Downpour.com $3.95 Horror Sale, also expiring to close October: 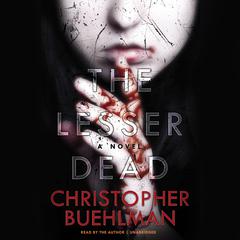 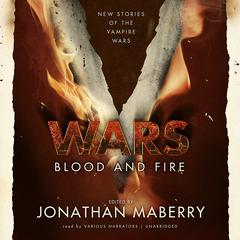 Lastly, speaking of Downpour.com deals, this week’s deal also expires on Halloween and would fit just right in the above list: 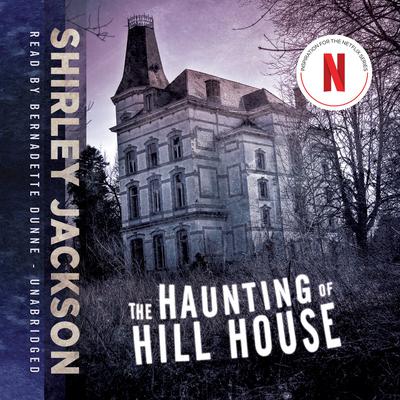 The Haunting of Hill House by Shirley Jackson, performed by Bernadette Dunne for $4.95 — As I mentioned above, Dunne gives great performances of Jackson’s work and this is no exception. “Past the rusted gates and untrimmed hedges, Hill House broods and waits. Four seekers have come to the ugly, abandoned old mansion: Dr. Montague, an occult scholar looking for solid evidence of the psychic phenomenon called haunting; Theodora, his lovely and lighthearted assistant; Eleanor, a lonely, homeless girl well acquainted with poltergeists; and Luke, the adventurous future heir of Hill House. At first, their stay seems destined to be merely a spooky encounter with inexplicable noises and self-closing doors, but Hill House is gathering its powers and will soon choose one of them to make its own. This classic horror novel has been hailed as a perfect work of unnerving terror.”