JUNE 11-17, 2014: There is an absolute avalanche of outstanding audio this week, comprised mostly of audiobooks we’ve been anticipating for a good while now, but led by a breathtaking surprise: Terry Bisson’s 1993 collection Bears Discover Fire and Other Stories. There’s high-end sf (Cibola Burn, The Long Mars, On the Steel Breeze), there’s historically-set fantasy (The Quick), there’s comedic fantasy (Spell or High Water) and urban fantasy (Shattered, Half-Off Ragnarok) and an sf/thriller hyrbid (A Better World) and the latest GRRM/Dozois original anthology (Rogues), new fiction from Dave Eggers, Janie Chang’s Three Souls, the conclusion to Leigh Bardugo’s Greisha trilogy, and! still more this week as well, a week where it was too hard to not just go with this full double handful of picks, and even then having to really squint to make the final cuts. (And I didn’t even yet get to mention fantasy author Zachary Jernigan’s turn as narrator on Tim Marquitz’s Armageddon Bound or Daniel Jose Older reading his own collection Salsa Nocturna.) Happy listening! 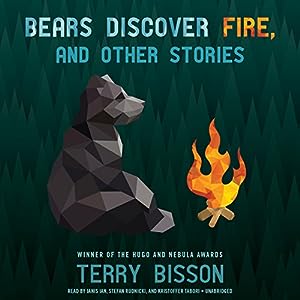 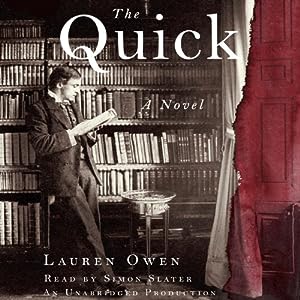 Terry Bisson’s first collection Bears Discover Fire, and Other Stories was published in 1993, and I’ve read and re-read it so many times. From the multiple award-winning title story “Bears Discover Fire” to the oft-linked “They’re Made Out of Meat” to “Over Flat Mountain”, “George”, so many favorites, on and on; it’s one of my 10 “desert island” books, and its audio publication this week by Skyboat Media took me completely by happy surprise. Narrated By Janis Ian, Stefan Rudnicki, and Kristoffer Tabori, it’s already out at Audible and is scheduled for June 24 release at Downpour. “Bears Discover Fire is the first short-story collection by the most acclaimed science fiction writer of the decade, the author of such brilliant novels as Talking Man and Voyage to the Red Planet. It brings together nineteen of Terry Bisson’s finest works for the first time in one volume, among them the darkly comic title story, which garnered some of the field’s highest honors, including the Hugo, Nebula, Theodore Sturgeon, and Locus Awards.” (And Skyboat has been busy, with the 1995 hard sf novella anthology Far Futures out this week as well.)

The Quick: A Novel by Lauren Owen is pitched as “an astonishing debut, a novel of epic scope and suspense that conjures up all the magic and menace of Victorian London”, and the concurrent Random House Audio release read by accomplished British actor Simon Slater delivers the goods. The book is also reviewed quite positively as a “tour de force” at Locus Online. Back to the book description: “1892: James Norbury, a shy would-be poet newly down from Oxford, finds lodging with a charming young aristocrat. Through this new friendship, he is introduced to the drawing-rooms of high society and finds love in an unexpected quarter. Then, suddenly, he vanishes without a trace. Alarmed, his sister, Charlotte, sets out from their crumbling country estate determined to find him. In the sinister, labyrinthine London that greets her, she uncovers a hidden, supernatural city populated by unforgettable characters: a female rope walker turned vigilante, a street urchin with a deadly secret, and the chilling ‘Doctor Knife.’” Buy: [Downpour | IndieBound | Amazon | Kobo | Kindle] 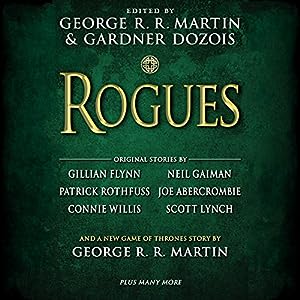 Nick Mamatas calls Megan Abbot “the best crime novelist in America” and her latest novel, The Fever, draws both on her imagination and on the stranger-than-fiction real life events of a town’s teen tic epidemic (NPR). Narrated By Caitlin Davies, Kirby Heyborne, and Joe Barrett — Hachette Audio has posted an excerpt on SoundCloud — the novel carries echoes of Gillian Flynn’s Gone Girl (and not just in its sharing narration by Heyborne) and, as Booklist notes, Arthur Miller’s dramatization of the Salem Witch Trials, The Crucible. “The Nash family is close-knit. Tom is a popular teacher, father of two teens: Eli, a hockey star and girl magnet, and his sister Deenie, a diligent student. Their seeming stability, however, is thrown into chaos when Deenie’s best friend is struck by a terrifying, unexplained seizure in class. Rumors of a hazardous outbreak spread through the family, school, and community. As hysteria and contagion swell, a series of tightly held secrets emerges, threatening to unravel friendships, families, and the town’s fragile idea of security.” 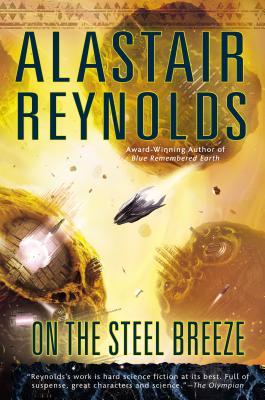 The next three picks are all high-end science fiction sequels, starting with On the Steel Breeze by Alastair Reynolds (Ace, June 3, and Recorded Books, June 12) — It’s almost hard to believe that this follow-on to Blue Remembered Earth has been out since September in the UK and we’re only now just getting it over here, but that situation is what it is. Here: “Chiku Akinya, great granddaughter of the legendary space explorer Eunice and heir to the family empire, is just one among millions on a long one way journey towards a planet they hope to call their new home. For Chiku, the journey is a personal one, undertaken to ensure that the Akinya family achieves its destiny among the stars. The passengers travel in huge self-contained artificial worlds—holoships—putting their faith in a physics they barely understand. Chiku’s ship is called Zanzibar—and over time, she will discover it contains an awesome secret—one which will lead her to question almost every certainty about her voyage, and its ultimate destiny.” British actress Adjoa Andoh narrates as the POV shifts away from Geoffrey Akinya, voiced by Kobna Holdbrook-Smith in book one. Buy: [Downpour | IndieBound | Amazon | Kobo | Kindle]

Cibola Burn by James S.A. Corey (Orbit, June 17) — From the initial publication of Leviathan Wakes as a new voice in noir-tinged space opera, James S.A. Corey (a pseudonym for co-authors Daniel Abraham and Ty Franck) has become a go-to name for science fiction. With Cibola Burn, the ongoing solar-system-spanning The Expanse series now comprises four full-length novels, along with multiple short stories and novellas. Here: “The gates have opened the way to a thousand new worlds and the rush to colonize has begun. Settlers looking for a new life stream out from humanity’s home planets. Ilus, the first human colony on this vast new frontier, is being born in blood and fire.” More: An excerpt is available at Orbit Books and the author(s) were just interviewed on the Functional Nerds podcast. Audio: Concurrent from Hachette Audio, read by Erik Davies, replacing Jefferson Mays as the voice of the series. Buy: [Downpour |IndieBound | Kobo]

The Long Mars by Terry Pratchett and Stephen Baxter (Harper, June 17) — The conclusion to Pratchett and Baxter’s The Long Earth trilogy: “2040. The Long Earth is in chaos. . . . The cataclysmic Yellowstone eruption is shutting down civilization. Whole populations flee to the relative safety of myriad stepwise Earths. Sally Linsay, Joshua Valiente, and Lobsang have all been involved in the perilous post-eruption clean-up. But Joshua faces a crisis close to home. From a long childhood hidden deep in the Long Earth, a new breed of young, super-bright post-humans is emerging—but “normal” human society is turning against them, driven by ignorance and fear. For Joshua, caught up in the conflict, a dramatic showdown seems inevitable. Meanwhile, US Navy  Commander Maggie Kauffman embarks on an incredible journey, leading an expedition to the unexplored limits of the far Long Earth.” Audio: Concurrent from Harper Audio, with the fantastic Michael Fenton Stevens reprising his role as narrator from the first two books in the series.Buy: [Downpour | IndieBound | Kobo | Kindle] The last three picks all feature narrator Luke Daniels, starting with Shattered: The Iron Druid Chronicles, by Kevin Hearne (Del Rey and Random House Audio, June 17) — Though I’m well behind in this seven-novel series, another chance to hear Luke Daniels as Atticus O’Sullivan and the colorful cast around him is always welcome. Here: “For nearly 2,000 years, only one Druid has walked the Earth – Atticus O’Sullivan, the Iron Druid, whose sharp wit and sharp sword have kept him alive as he’s been pursued by a pantheon of hostile deities. Now he’s got company. Atticus’ apprentice Granuaile is at last a full Druid herself. What’s more, Atticus has defrosted an archdruid long ago frozen in time, a father figure (of sorts) who now goes by the modern equivalent of his old Irish name: Owen Kennedy. And Owen has some catching up to do.” Buy: [IndieBound | Kobo | Kindle]

A Better World (The Brilliance Saga) by Marcus Sakey (Thomas & Mercer and Brilliance Audio, Jun 17, 2014) — The Guilded Earlobe loved Brilliance, book one in this sf/thriller hybrid series, and here comes book two. “The brilliants changed everything. Since 1980, 1% of the world has been born with gifts we’d only dreamed of. The ability to sense a person’s most intimate secrets, or predict the stock market, or move virtually unseen. For thirty years the world has struggled with a growing divide between the exceptional…and the rest of us. Now a terrorist network led by brilliants has crippled three cities. Supermarket shelves stand empty. 911 calls go unanswered. Fanatics are burning people alive. Nick Cooper has always fought to make the world better for his children. As both a brilliant and an advisor to the president of the United States, he’s against everything the terrorists represent. But as America slides toward a devastating civil war, Cooper is forced to play a game he dares not lose—because his opponents have their own vision of a better world. And to reach it, they’re willing to burn this one down.”

Spell or High Water (Magic 2.0, Book 2) by Scott Meyer (47North and Brilliance Audio, June 17) — I’m hoping for more laughs and witty, pop-culture-laden banter from Meyer’s follow-on to the fantastically funny Off to Be the Wizard, not the least reason being Luke Daniels’ equally fantastic narration. “The adventures of an American hacker in Medieval England continue as Martin Banks takes his next step on the journey toward mastering his reality-altering powers and fulfilling his destiny. A month has passed since Martin helped to defeat the evil programmer Jimmy, and things couldn’t be going better. Except for his love life, that is. Feeling distant and lost, Gwen has journeyed to Atlantis, a tolerant and benevolent kingdom governed by the Sorceresses, and a place known to be a safe haven to all female time-travelers. Thankfully, Martin and Philip are invited to a summit in Atlantis for all of the leaders of the time-traveler colonies, and now Martin thinks this will be a chance to try again with Gwen. Of course, this is Martin Banks we’re talking about, so murder, mystery, and high intrigue all get in the way of a guy who just wants one more shot to get the girl.” Buy: [IndieBound | Amazon | Kindle] 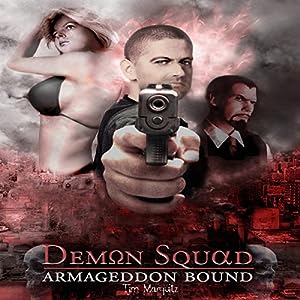 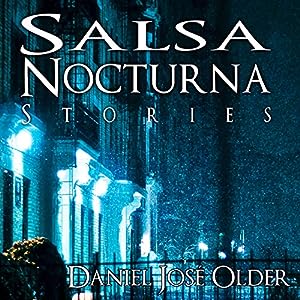 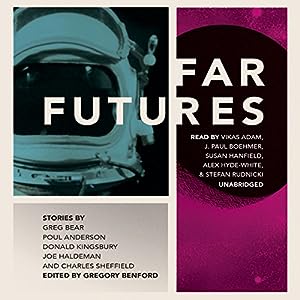 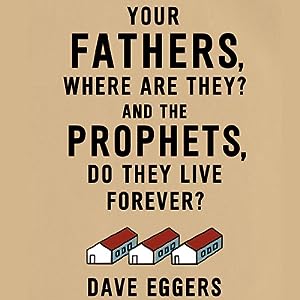 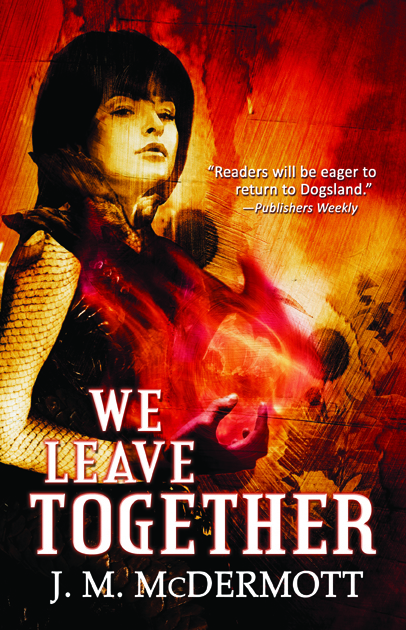