A bit quieter in volume, but the release week of Tuesday, April 17, 2012 has brought two intriguing novels from 2011 to audio, namely Mechanique: A Tale of the Circus Tresaulti and Pattern Scars, along with new releases White Horse, Elizabeth Hand’s Radiant Days, and more.

Mechanique: A Tale of the Circus Tresaulti By Genevieve Valentine, Narrated by Scott Aiello for Audible Frontiers — 8 hrs and 19 mins — Included in Jeff VanderMeer’s list of dozen of the best novels of 2011 for Locus and originally published in April 2011 by Prime — “Outside any city still standing, the Mechanical Circus Tresaulti sets up its tents. Crowds pack the benches to gawk at the brass-and-copper troupe and their impossible feats: Ayar the Strong Man, the acrobatic Grimaldi Brothers, fearless Elena and her aerialists who perform on living trapezes. War is everywhere, but while the Circus is performing, the world is magic. That magic is no accident: Boss builds her circus from the bones out, molding a mechanical company that will survive the unforgiving landscape. But even a careful ringmaster can make mistakes.” 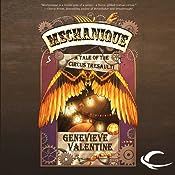 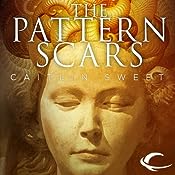 Pattern Scars By Caitlin Sweet, Narrated by Claire Christie for Audible Frontiers — 16 hrs and 44 mins — Out last Wednesday in audio, originally published in September 2011 by ChiZine — “Nola is born into poverty in Sarsenay City. When her mother realizes that Nola has the gift of Othersight and can foretell the future, she sells her to a brothel seer, who teaches the girl to harness her gift. As she grows up, she embraces her new life, and even finds a small circle of friends. All too soon, her world is again turned upside down when one of them is murdered.”

White Horse: A Novel By Alex Adams, Narrated by Emily Durante for Blackstone Audio — 10 hrs and 15 mins — Concurrent with print/e-book publication from Atria — “White Horse is the first book in an absolutely unique debut trilogy – a postapocalyptic thriller chronicling one woman’s quest to nurture those she holds dear against the backdrop of a shocking new world. Thirty-year-old Zoe wants to go back to college. That’s why she cleans cages and floors at Pope Pharmaceuticals. If she can keep her head down, do her job, and avoid naming the mice, she’ll be fine. Her life is calm, maybe even boring – until the end of the world arrives and the president of the United States announces that humans are no longer a viable species…. Told in alternating before and after chapters, White Horse is a terrifying and romantic story that readers will be unable to put down.” 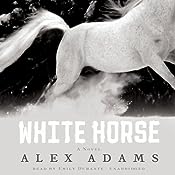 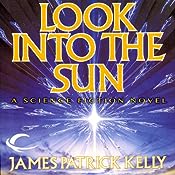 Look into The Sun By James Patrick Kelly, Narrated by Kevin T. Collins for Audible Frontiers — 10 hrs and 43 mins — Kelly’s 1989 “fable about a dissatisfied architect who travels ‘up-time’ and changes shape to design a temple for a goddess.” Also out is another Kelly audiobook from Audible Frontiers, Wildlife (1994) Narrated by Scott Aiello, Ismenia Mendes, and Stephen Bel Davies. I’m a big fan of JPK’s short fiction (go now and listen to his own narration of his award-winning novella, “Burn”, or the dozens of short stories in podcast form) and hope to find time for Look into the Sun before too long.

Lastly, also out Tuesday was Let’s Pretend This Never Happened (A Mostly True Memoir) By Jenny Lawson, narrated by the author. Why do I include this? Because Neil Gaiman, Wil Wheaton, and more made an awesomely bad book trailer video “thing” for the book. Based on the sample, it seems to be in a relatively near space to the excellent Zombie Spaceship Wasteland: A Book by Patton Oswalt — funny memoir-ish creative nonfiction, full of genre references and irreverences.