Release week: The Age of Miracles, Logan’s Run, and The Prince of Nothing

The release week of June 26 brings a genre in the mainstream debut, a long-awaited classic read by one of my favorite narrators, and R. Scott Bakker’s Prince of Nothing series, among several other titles to check out.

That Genre-in-the-Mainstream debut is The Age of Miracles: A Novel By Karen Thompson Walker, Narrated by Emily Janice Card for Random House Audio — Length:9 hrs and 3 mins. A “coming of age set against the backdrop of an utterly altered world” sees the rotation of the Earth slowing down. AudioFile says that “Card’s mild, young voice suits Julia, and it softens some of the horrors she and everyone else on the planet experience—mysteriously dying birds and whales, the sun’s radiation let loose, a wholly uncertain future.” 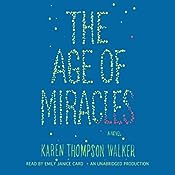 Audible Frontiers has another busy week, with two very wished-for series. The first is one I did not even know was a “series”, having only been familiar with William F. Nolan and George Clayton Johnson’s 1967 classic sf novel Logan’s Run. But Nolan did write a decade-later sequel, Logan’s World (1977) and a third novel, Logan’s Search (1980). And now the entire series is available in audio, narrated by Oliver Wyman, whose work on Jeff VanderMeer’s Finch and Frederik Pohl’s Gateway established him as one of my favorite narrators. 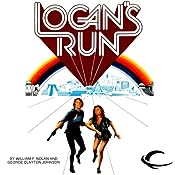 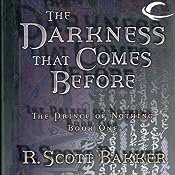 One last note before the deluge below is that James S.A. Corey’s Caliban’s War, the sequel to Leviathan Wakes, is out today in print and e-book from Orbit, but the Recorded Books audiobook is not due out until September 1.

Something missed along the way this year:

This entry was posted in regular, Release Week and tagged age of miracles, logan's run, oliver wyman, prince of nothing, release week. Bookmark the permalink.