APRIL 17-23, 2013: Though it’s not a tremendously crowded release week, there are great picks in adult, teen, and kids audiobooks, ranging from the latest in a long line of strong debut fantasy novels in 2013 (Helene Wecker’s The Golem and the Jinni) to a sequel to Neil Gaiman and Michael Reaves’ InterWorld, and more. (In “meta coverage” notes, this week seems to belong to Harper Audio, whereas last week I noted strong weeks for Hachette Audio and Audible Frontiers.) Without further preamble:

The Golem and the Jinni: A Novel By Helene Wecker, Narrated By George Guidall for Harper Audio, concurrent with print/ebook release from Harper. “Harper is really getting behind this debut in the vein of The Night Circus and The Discovery of Witches. The novel combines historical fiction with a magical fable about two supernatural creatures in turn-of-the-20th-century New York City.” (via PW). Here: “Helene Wecker’s dazzling debut novel tells the story of two supernatural creatures who appear mysteriously in 1899 New York. Chava is a golem, a creature made of clay, brought to life by a strange man who dabbles in dark Kabbalistic magic. When her master dies at sea on the voyage from Poland, she is unmoored and adrift as the ship arrives in New York Harbor. Ahmad is a jinni, a being of fire, born in the ancient Syrian Desert. Trapped in an old copper flask by a Bedouin wizard centuries ago, he is released accidentally by a tinsmith in a Lower Manhattan shop.” 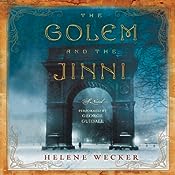 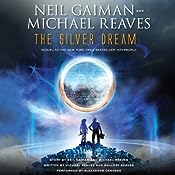 In the young adult category: The Silver Dream: An InterWorld Novel, Book 2 By Neil Gaiman, Michael Reaves, and Mallory Reaves, Narrated By Christopher Evan Welch for Harper Audio, concurrent with the print/ebook release from HarperTeen, with Welch returning as narrator after 2007’s book 1, InterWorld. Here: “New York Times best-selling authors Neil Gaiman and Michael Reaves deliver a thrilling sequel to the science fiction novel InterWorld, full of riveting interdimensional battles and alternate realities. After mastering the ability to walk between dimensions, Joey Harker and his fellow InterWorld freedom fighters are now on a mission to maintain peace between the rival powers of magic and science who seek to control all worlds. When a stranger named Acacia somehow follows Joey back to InterWorld’s base, things get complicated. No one knows who she is or where she’s from – or how she knows so much about InterWorld. Dangerous times lie ahead for Joey and the mission. There’s a traitor hidden among them, and if Joey has any hope of saving InterWorld, the multiverse, and the mission, he’s going to have to rely on his wits – and, just possibly, on the mysterious Acacia Jones. With a story conceived by Neil Gaiman and Michael Reaves and written by Michael and Mallory Reaves, this mind-bending follow-up to the exciting science fiction novel InterWorld is a compelling fantasy adventure through time and space, in which the future depends on a young man who is more powerful than he realizes.”

In the young reader category: Summerkin: Winterling, Book 2 By Sarah Prineas, Narrated By Erin Moon for Harper Audio, continuing Prineas’ Winterling series after last year’s Winterling. Here: “In the Summerlands, time moves slowly, roots grow deeply, and change is not welcomed. But change is needed. After defeating the wicked Mor and freeing her kin from deadly oaths made to this false ruler, Fer is now the rightful Lady of the land. Yet her people don’t know what to make of their new Lady’s strange ways, and neither do the High Ones, the rulers of the magical realm, for Fer is an outsider – half human. To prove herself worthy of the Summerlands crown, Fer is summoned to compete in an epic contest where her strengths and skills will be tested and her loyalties challenged. Can she trust Rook, the puck she calls friend? Can she trust herself? If Fer fails, she will lose her land and the Way will be closed to her forever.” 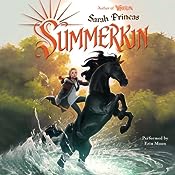 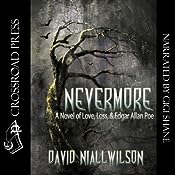 Lastly, a book published a bit earlier this year but one I’ve been looking forward to in audio: Nevermore: A Novel of Love, Loss, & Edgar Allan Poe By David Niall Wilson, Narrated By Gigi Shane for Crossroad Press. On the shorter end (a bit over 6 hours) it’s also a change of pace from my usual more sf/fantasy picks, with Wilson an award-winning horror author. “On the banks of Lake Drummond, on the edge of the Great Dismal Swamp, there is a tree in the shape of a woman.One dark, moonlit night, two artists met at the Lake Drummond Hotel, built directly on the borderline of North Carolina and Virginia. One was a young woman with the ability to see spirits trapped in trees and stone, anchored to the earth beyond their years. Her gift was to draw them, and then to set them free. The other was a dark man, haunted by dreams and visions that brought him stories of sadness and pain, trapped in a life between the powers he sensed all around him and a mundane existence attended by failure. They were Eleanore MacReady, Lenore, to her friends, and a young poet named Edgar Allan Poe, who traveled with a crow that was his secret, and almost constant companion, a bird named Grimm for the talented brothers of fairy-tale fame.Their meeting drew them together in vision, and legend, and pitted their strange powers and quick minds against the depths of the Dismal Swamp itself, ancient legends, and time. Once, upon a shoreline dreary, there was a tree. This is her story.” 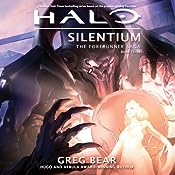 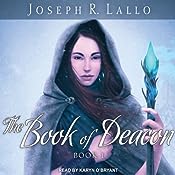 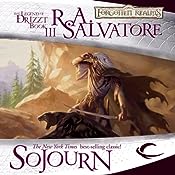 BRILLIANCE AUDIO: The God Patent By Ransom Stephens, Narrated By Luke Daniels; and Through the Door: The Thin Veil, Book 1 By Jodi McIsaac 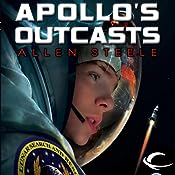 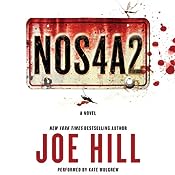