So. Since I let these “monthly” reports get so completely out of hand — note that the February report was just posted in mid-November — I’m changing the format up a lot. I’m going to just run down what I listened to and maybe, maybe one quick comment; that way actual reviews don’t have to be held up while I write a month’s worth at a time. So, with that in mind, here’s what I listened to in March: 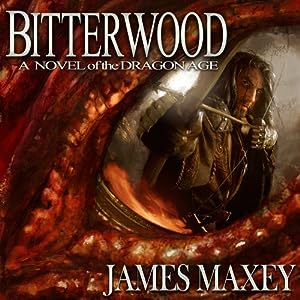 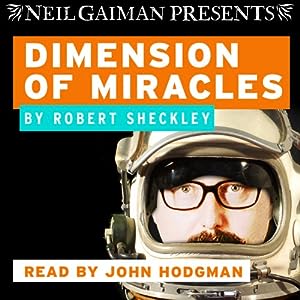 The City of Devi by Manil Suri, read by Vikas Adam and Priya Ayyar for Blackstone Audio (review copy) — One of my goals this year was to read more geographically widely, and the latest of Mumbai-born and PEN/Faulkner finalist Suri’s novels set in India delivered on many fronts. It’s a pre- and post-apocalyptic novel in several senses; bombs — and the fear of bombs — are destroying cities, and in the lives of Sarita, her husband Karun, and the mysterious Jaz there are devastated wastelands of the heart as well. It’s a moving novel as Sarita struggles with her physically loveless marriage, she’s brave and fearless and a mover of her own world in her search to be reunited with Karun after the bombs have fallen. Karun’s brilliant mind and will are bent for and against himself. There are twists and turns to this novel, as cults and religions and militias rise up in and against each other along sectarian and other lines, and we see through flashbacks the author’s prismatic glimpses of modern India amidst cultural, economic, and religious changes. Narrators Adam and Ayyar were wonderful; Adam was double cast as both Karun and Jaz and inhabited both with (alternately) self-conflict and self-confidence. The plot marches along by foot, by train, by boat, through violence and fear and colorful characters. Strongly recommended.

Fade to Black by Francis Knight, read by Paul Thornley for Hachette Audio (review copy) — I’d been steering clear of epic fantasy for a good while (one has to go back to last November to find me listening to Abercrombie’s Red Country, and before that July 2012’s listen of Michael J. Sullivan’s Theft of Swords) and was still feeling a bit burnt out on the genre after quite a lot of long listens in recent years (Abercrombie, GRRM, Sanderson, …). But! Lured by the talk of a “noir fantasy” and bolstered in that opinion from reading Knight’s Big Idea, Knight’s take here was fresh and welcome, with deeply stratified and polluted worldbuilding, with essentially magical radiation and/or magical toxic waste choking its way down from the wealthy, Ministry-occupied heights of the vertical city, Mahala, down through the levels of poorer and working class Under until finally pooling in an uninhabitable Pit at the bottom of it all. Or is it uninhabitable? Rojan Dizon is a pain mage — by harnessing pain, say, a cut, or a broken finger, he can unlock stronger and stronger magic — who is making a living as a sort of bounty hunter, bringing reluctant runaways home, finding those who don’t want found. When his wealthy, inventive, Ministry brother is attacked and his niece taken by thugs, Rojan — the coward, the womanizer, the sarcastic, the darkly funny first-person narrator of this tale — uses his power to find that she has been taken into that Pit. And like any uncle hoping to make up for a lifetime of being a feckless bastard, goes after her. I thoroughly enjoyed Thornley’s Rojan and enjoyed this audiobook quite a bit. It got me back onto epic and heroic fantasy after a long absence, and had some fresh things to add to the over-developed genre.

Dreams and Shadows by C. Robert Cargill, read by Vikas Adam for Harper Audio (review copy) — My enjoyment of Adam’s narration on Suri’s The City of Devi (above) helped me take a chance on this debut novel by screenwriter Cargill, and I’m glad I did. Ewan is a child kidnapped into faerie; Knocks is his changeling, and is every bit as creepy a Grimm creation as you’ll find. Colby is a boy who is visited by a cursed genie, Yashar, and wants to learn about faeries and magic and all the rest. Finding out that Ewan is set to be sacrificed in the fae court of the Limestone Kingdom, Colby’s path becomes set on saving him, no matter the cost. And the cost is great. Cargill has created a vivid world, drawing on wide swaths of urban fantasy and beyond, from Changeling: The Dreaming to the Arabian Nights. The story grows into an Austin-set urban fantasy complete with fallen angels, redcaps, and the trickster Coyote. Narrator Adam handles it all, with his Yashar particularly well-rendered.

Bitterwood by James Maxey, read by Dave Thompson –So, how do I begin this one? I’ve known Maxey since 2010 and Dave is my right hand man here at The AudioBookaneers. I’ve read Maxey’s current high-magic, high-fun fantasy series, “The Dragon Apocalypse”, but until Dave recorded Bitterwood I had only picked through a few pieces of Maxey’s “Dragon Age” series, published 2007-2009 by Solaris. I’ve even hand-sold more than a few copies of these books, and still there was a lot more “there” there in Bitterwood than expected. I knew to expect the titular Bitterwood, dragonhunter, in a far future Earth where genetically engineered dragons had escaped their labs and become the dominant species, using humans as slaves, food, and sport. What I didn’t expect, and what Thompson brought to life, was how deep and interesting the dragons are as characters. Dragons are POV characters here quite frequently, and we see their fears, struggles, even cruelty in interesting lights, and Thompson distinguishes these characters quite well. In his review at The Guilded Earlobe, Bob mentions “a rawness to this production, just a touch of a hiss in the background that isn’t super noticeable except for during breaks when it falls away.” I do think that’s a quarter shade too kind, if I step back and remove myself from sharing Bob’s hope that “I want this audiobook to be a success.” and put on my “be a dickish audiobook critic” hat. Dave really did a fantastic job on the characters and narration, the energy and rage and passion from Maxey’s pages all there if a bit too slow and deliberate, but something wasn’t quite “perfect” in the room/mic/setup as we begin to demand better and better productions from these indie, semi-pro audiobooks — even those on the offer for $2.99 — the background hiss needs to get nearer and nearer to zero. Still completely recommended narration and story, but we have to encourage each other to kick ass all the way, and that includes being able to say “wow, Sam, this review is an unreadable ramble” or ask “what’s going on with the little bit of white noise”. And now I feel like I’m over-stating it, which isn’t fair, either. What to do? Just go listen to it.

Dimension of Miracles by Robert Scheckley, read by John Hodgman for Neil Gaiman Presents — I picked this one up on the strength of Gaiman’s introduction, and, let’s be honest here, to indulge my sweet tooth for funny sf. Scheckley’s Dimension of Miracles takes an everyman and catches him up in an inter-stellar lottery mixup, before re-introducing him as Prey for the universe’s perfect Hunter on the chase home. The parallels to Adams’ Hitchhiker’s Guide are clear, but there’s a different sensibility at work here, too. And Hodgman was brilliant, just a gentle touch of affectation here and there, remaining dry and flat where it brought the most out of the text.

I also started on Joyce Carol Oates’ The Accursed, but that will have to wait until next time. In my “real” reading, I was still on Maxey’s Witchbreaker, but also reading (on Kobo) Dario Ciriello’s Sutherland’s Rules. (Both of which, given my incredibly slow reading pace these days, would last me another couple of months each.) Stay tuned for next time, with my review of The Accursed along with Zachary Jernigan’s No Return, Kate Atkinson’s Life After Life, and Austin Grossman’s You.