Friday, March 21, 2014: Well, since my last big roundup (based on SFSignal’s excellent monthly peek into discount Kindle listings) a new crop of titles to check out has gone on sale in a slightly roundabout way. Let’s follow the chain:

The Name of the Wind: The Kingkiller Chronicle: Day One Patrick Rothfuss introduces Kvothe, teller of his own tale. At $5.18 Kindle plus $3.99 Audible, narrated by Nick Podehl for Brilliance Audio: “My name is Kvothe. I have stolen princesses back from sleeping barrow kings. I have burned down the town of Trebon. I have spent the night with Felurian and left with both my sanity and my life. I was expelled from the University at a younger age than most people are allowed in. I tread paths by moonlight that others fear to speak of during the day. I have talked to God’s, loved women and written songs that make the minstrels weep. You may have heard of me.” 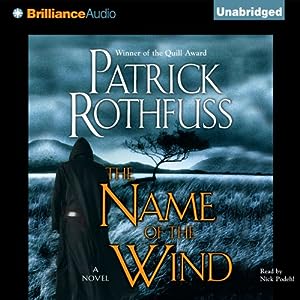 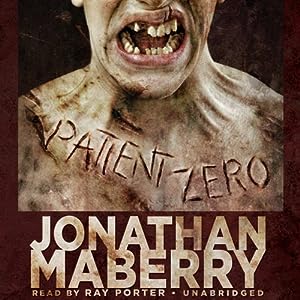 Jonathan Maberry’s Patient Zero: A Joe Ledger Novel begins his “Joe Ledger” series. At $1.99 Kindle plus $3.99 Audible, narrated by Ray Porter for Blackstone Audio: “When you have to kill the same terrorist twice in one week there’s either something wrong with your world or something wrong with your skills – and there’s nothing wrong with Joe Ledger’s skills. And that’s both a good and a bad thing. It’s good because he’s a Baltimore detective who has just been secretly recruited by the government to lead a new task force created to deal with the problems that Homeland Security can’t handle….”

The Last Policeman: A Novel by Ben H. Winters begins a fantastic pre-apocalypse novel of impending asteroid impact and societal degradation. At $2.99 Kindle plus $3.99 Audible, narrated by Peter Berkrot for Brilliance Audio: “What’s the point in solving murders if we’re all going to die soon, anyway? Detective Hank Palace has faced this question ever since asteroid 2011GV1 hovered into view. There’s no chance left. No hope. Just six precious months until impact. The Last Policeman presents a fascinating portrait of a pre-apocalyptic United States. The economy spirals downward while crops rot in the fields. Churches and synagogues are packed. People all over the world are walking off the job – but not Hank Palace. He’s investigating a death by hanging.” 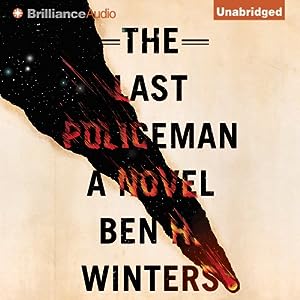 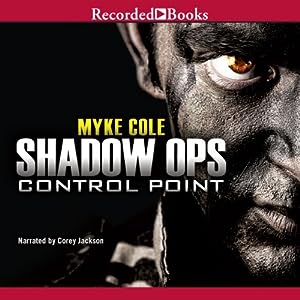 Myke Cole’s Shadow Ops: Control Point has been described to me as “military urban fantasy” and is $1.99 Kindle plus $3.99 Audible, read by Corey Jackson for Recorded Books: “Myke Cole is an expert at ratcheting up suspense and delivering pulse-pounding adventure that leaves audiences breathless. In Shadow Ops: Control Point, the world has seemingly gone mad. People are waking up with magical powers, such as the ability to raise the dead or call forth storms. The only thing staving off a plunge into chaos is the Supernatural Operations Corps, headed by Oscar Britton. But when Oscar exhibits a power of his own, the hunter becomes the hunted.”

Cold Magic (The Spiritwalker Trilogy) by Kate Elliott is a novel of magic at the edge of industrialization, beginning a well-regarded trilogy. $6.99 Kindle plus $3.49 Audible, read by Charlotte Parry for Recorded Books: “The Industrial Revolution has begun, factories are springing up across the country, and new technologies are transforming the cities. But the old ways do not die easy. Cat and Bee are part of this revolution. Young women at college, learning of the science that will shape their future and ignorant of the magics that rule their families. But all of that will change when the Cold Mages come for Cat. New dangers lurk around every corner and hidden threats menace her every move. If blood can’t be trusted, who can you trust?” 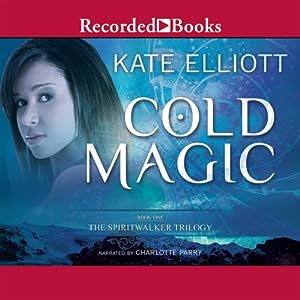 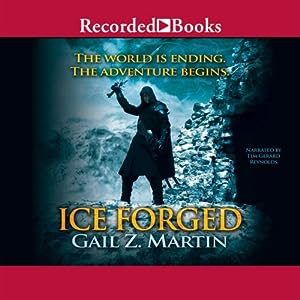 Gail Z. Martin’s Ice Forged (The Ascendant Kingdoms Saga) begins a new series from the author of six novels in her Chronicles of the Necromancer world, this one with a decidedly more gritty turn. $1.99 Kindle plus $3.99 Audible, read by Tim Gerard Reynolds for Recorded Books: “Condemned as a murderer for killing the man who dishonored his sister, Blaine “Mick” McFadden has spent the last six years in Velant, a penal colony in the frigid northern wastelands. Harsh military discipline and the oppressive magic keep a fragile peace as colonists struggle against a hostile environment. But the supply ships from Dondareth have stopped coming, boding ill for the kingdom that banished the colonists. Now, as the world’s magic runs wild, McFadden and the people of Velant must fight to survive and decide their fate….”