Wednesday, April 30, 2014: I’m not sure exactly when it happened, but, just in time for it to be on sale for $1.99, Anne Charnock’s A Calculated Life has become Whispersync for Voice enabled to the tune of a $2.99 upgrade to the Audible edition, read by Susan Duerden for Brilliance Audio. As I reported back in January, A Calculated Life was nominated for this year’s Philip K. Dick Award, and it’s long been on my “pick this up the second it’s on sale!” list. (No, seriously, I have a bookmarks folder of a few dozen links to check.) A debut novel for journalist Charnock, while first self-published it was picked up by Amazon’s 47North and later also nominated for The Kitschies Golden Tentacle Award for best debut.

Here’s the pitch: “Late in the twenty-first century, big business is booming and state institutions are thriving thanks to advances in genetic engineering, which have produced a compliant population free of addictions. Violent crime is a rarity. Hyper-intelligent Jayna is a star performer at top predictive agency Mayhew McCline, where she forecasts economic and social trends. A brilliant mathematical modeler, she far outshines her co-workers, often correcting their work on the quiet. Her latest coup: finding a link between northeasterly winds and violent crime. When a string of events contradicts her forecasts, Jayna suspects she needs more data and better intuition. She needs direct interactions with the rest of society. Bravely—and naively—she sets out to disrupt her strict routine and stumbles unwittingly into a world where her IQ is increasingly irrelevant…a place where human relationships and the complexity of life are difficult for her to decode. And as she experiments with taking risks, she crosses the line into corporate intrigue and disloyalty. Can Jayna confront the question of what it means to live a “normal” life? Or has the possibility of a “normal” life already been eclipsed for everyone?” 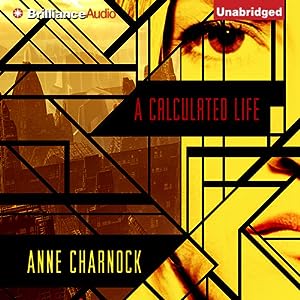 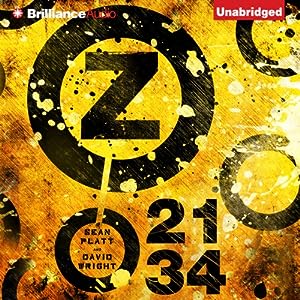 Today’s Kindle Daily Deal in Science Fiction and Fantasy are the two extant books in Sean Platt and David W. Wright’s Z 2134 series, Z 2134 and Z 2135, both on sale for $1.99 in Kindle with $0.99 Whispersync for Voice upgrades to the Audible editions, read by Dan John Miller for Brilliance Audio. “One hundred years after the zombie apocalypse, those lucky enough to survive now exist in scattered cities, under the merciless rule of the City Watch. A simple tenet overshadows all aspects of daily life: obey or die. When Jonah Lovecraft is framed for murder, his status as a Watcher doesn’t spare him from the ultimate punishment: being cast into the Barrens and forced to battle zombies and other criminal contestants in the Darwin Games. As he fights for every heartbeat, his daughter, Ana, embarks on her own desperate quest to uncover the truth about her father. Yet neither expects their efforts to reveal grim secrets that could tear apart the fabric of society – if either lives long enough to expose the truth.”

There’s not too much more time left on the “monthly” Kindle deals for April, which includes quite a few books I’ve already mentioned, including Megan Miranda’s Fracture and Aric Davis’ A Good and Useful Hurt, and all four books in Oliver Pötzsch’s The Hangman’s Daughter series, and there’s a few more I noticed this morning which are worth mentioning. First up is Deep Space: Star Carrier: Book Four by Ian Douglas, on sale for $0.99 in Kindle with a $3.99 Whispersync for Voice upgrade to the Audible edition, read by Nick Sullivan for Harper Audio: “Humanity had appeared to fend off the Sh’daar assault once and for all, though they never learned why the alien empire was driven to halt Earth’s advancement toward technological Singularity. But in this war of worlds, victory is always elusive. And now a new battle begins. After 20 years of peace, not one but two fragile truces are unraveling. Alexander Koenig, the former Navy commander whose heroics forced the Sh’daar into submission, has won a second term as President of the United States of North America. But pursuing his mandate – sovereignty from the centuries-old Earth Confederation – becomes a risky proposition.” 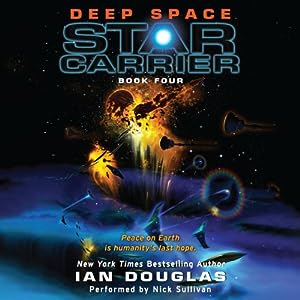 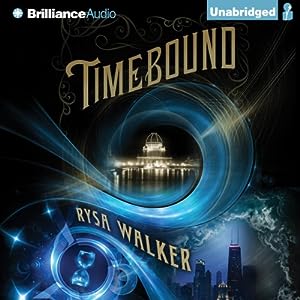 And Rysa Walker’s Timebound (The Chronos Files), released in January by Skyscape (Amazon’s YA sf/f imprint) and on sale for $1.99 in Kindle with a $1.99 Whispersync for Voice upgrade to the Audible edition, read by Kate Rudd for Brilliance Audio. “When Kate Pierce-Keller’s grandmother gives her a strange blue medallion and speaks of time travel, sixteen-year-old Kate assumes the old woman is delusional. But it all becomes horrifyingly real when a murder in the past destroys the foundation of Kate’s present-day life. Suddenly, that medallion is the only thing protecting Kate from blinking out of existence. Kate learns that the 1893 killing is part of something much more sinister, and her genetic ability to time travel makes Kate the only one who can fix the future.“