AUGUST 20-26, 2014: August goes out with quite a bang, with a near-future sf thriller, medium-future space sf, urban fantasy, and epic fantasy releases among the biggest of the year, ahead of what is set to be quite a September to remember. Also out this week: an English translation of Daniel Kehlman’s tragicomic novel F, Lisa Shearin’s Southern-fried, NYC-set urban fantasy The Grendel Affair, Simon R. Green’s Voices from Beyond, David Drake’s “Northworld” trilogy, Janet Morris and Chris Morris’ The Sacred Band, and Stant Litore’s “Zombie Bible” series continues with a short: I Will Hold My Death Close. Meanwhile there’s some real gems in the “seen but not heard” listing, including Kameron Hurley’s The Mirror Empire, though an audiobook is in the works. The big audiobook news to pass along this week is that Stefan Rudnicki is set to record Lewis Shiner’s novel Frontera, with a late October release date. Frontera is Shiner’s Philip K. Dick and Nebula Award finalist debut sf novel, first published in 1984, of a corporate-controlled near future and a lost Martian colony. I’ve been hoping for exactly this development for quite some time now, and am eagerly awaiting the result. Now: get listening! Jeff VanderMeer’s Acceptance, David Mitchell’s The Bone Clocks, Cherie Priest’s Maplecroft, and Tad Williams’ Sleeping Late on Judgement Day will be out by the time you read this. Enjoy! 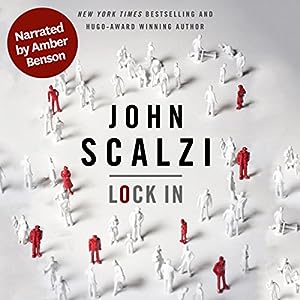 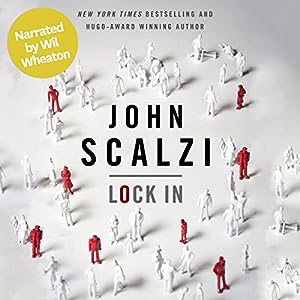 Lock In by John Scalzi (Tor and Audible Studios, Aug 26, 2014) — “Fifteen years from now, a new virus sweeps the globe. 95% of those afflicted experience nothing worse than fever and headaches. Four percent suffer acute meningitis, creating the largest medical crisis in history. And one percent find themselves “locked in”—fully awake and aware, but unable to move or respond to stimulus. One per cent doesn’t seem like a lot. But in the United States, that’s 1.7 million people “locked in”…including the President’s wife and daughter.” A starred review from Publishers Weekly says: “Hugo-winner Scalzi (Redshirts) successfully shifts away from space opera with this smart, thoughtful near-future thriller resonant with the themes of freedom, ethics, and corporate greed… This powerful novel will intrigue and entertain both fans and newcomers.” Available in two audio editions, one read by Wil Wheaton and the other by Amber Benson, for a pretty dang interesting reason, which I won’t spoil here but will become quite apparent quite quickly: a hint being that in the world of Scalzi’s Lock In, “Hadens” can utilize (essentially genderless) robots controlled via neural nets. There was a special pre-order deal for pre-ordering either edition which worked out pretty nicely, as I was able to download my pre-order right away and via email received a code to claim the other edition. It’s definitely not a perfect novel: Scalzi is finding his thriller / police procedural legs just a bit here, and some bouts of incredulity struck me pretty hard. But I was definitely entertained, and Scalzi has created a world and some characters that easily lend themselves into series work. I could say more, but! Dave and I are doing a dual full-review of this one — er, these two? — for SF Signal. Look for that soon! Also: [IndieBound | Kobo | Kindle] 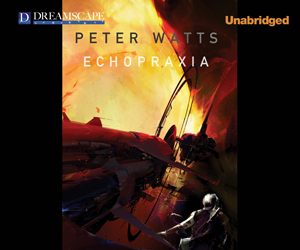 Echopraxia by Peter Watts (Tor Books and Dreamscape Media, August 26, 2014) is a follow-on to Watts’ ground-breaking sf novel Blindsight, of the year 2082 and a manned mission the the Kuiper belt to investigate an alien construction. Here: “We are going to the Sun, rs and Ks. Whereas the last time out we froze in the infinite Lovecraftian darkness of the Oort, now we are diving into the very heart of the solar system— and man, there’s gonna be a hot time in the ol’ town tonight.” Paul di Filippo has a fantastic review on Locus Online: “Peter Watts is some precisely engineered hybrid of Lucius Shepard and Gregory Benford, lyrical yet hard-edged, purveyor of sleek surfaces and also the ethical and spiritual contents inside.” While there’s no sign yet of any Downpour or Audible edition, the audiobook is available through Overdrive and for physical media orders. [Kobo | Kindle] 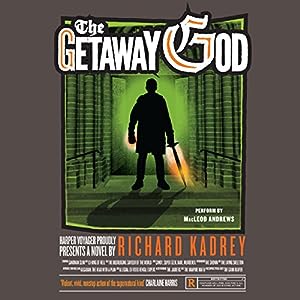 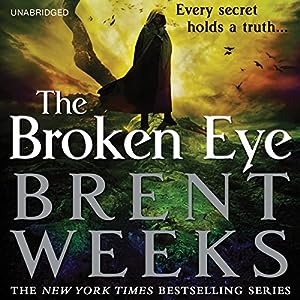 The Getaway God: Sandman Slim, Book 6 By Richard Kadrey, Narrated By MacLeod Andrews for Harper Audio: “Sandman Slim must save himself – and the entire world – from the wrath of some enraged and vengeful ancient gods in this sixth high-octane adventure in the New York Times best-selling series. Being a half-human, half-angel nephilim with a bad rep and a worse attitude – not to mention temporarily playing Lucifer – James Stark, aka Sandman Slim, has made a few enemies. None, though, are as fearsome as the vindictive Angra Om Ya – the old gods. But their imminent invasion is only one of Stark’s problems right now. LA is descending into chaos, and a new evil – the Wildfire Ripper – is stalking the city. No ordinary killer, The Ripper takes Stark deep into a conspiracy that stretches from Earth to Heaven and Hell. He’s also the only person alive who may know how to keep the world from going extinct. The trouble is, he’s also Stark’s worst enemy – the only man in existence Stark would enjoy killing twice.” I enjoy the “pocket hardcover” physical format of the Harper Voyager editions, but Andrews inhabits “Sandman Slim” with a perfect blend of sarcasm and exhaustion, though it’s clear Kadrey is neither bored nor tired even as the series reaches an apocalyptic pitch with book six. As Entertainment Weekly puts it: “Richard Kadrey’s ‘Sandman Slim’ series does urban fantasy right-by doing it all wrong.” Get: [Downpour | Kobo | Kindle]

The Broken Eye: Lightbringer, Book 3 By Brent Weeks, Narrated By Simon Vance for Hachette Audio, concurrent with print/ebook release from Orbit. “The Broken Eye continues the spectacular Lightbringer series from the New York Times best-selling author of The Black Prism and The Blinding Knife. As the old gods awaken and satrapies splinter, the Chromeria races to find the only man who can still end a civil war before it engulfs the known world. But Gavin Guile has been captured by an old enemy and enslaved on a pirate galley. Worse still, Gavin has lost more than his powers as Prism – he can’t use magic at all. Without the protection of his father, Kip Guile will face a master of shadows as his grandfather moves to choose a new Prism and put himself in power. With Teia and Karris, Kip will have to use all his wits to survive a secret war between noble houses, religious factions, rebels, and an ascendant order of hidden assassins called The Broken Eye.” Also: there’s also a new pronunciation guide read by Vance — this is fantastic –and the first installment of a 3-part full cast production is also available at GraphicAudio. [Downpour | Kobo | Kindle] 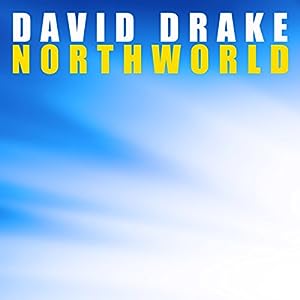 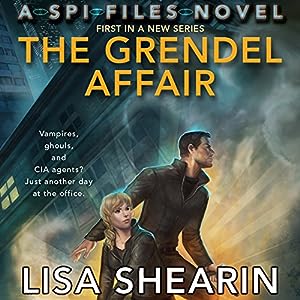