AUGUST 27-SEPTEMBER 2, 2014: September is here, and so are 5 of my most-anticipated audiobooks of the entire year: Jeff VanderMeer’s Acceptance concludes his Southern Reach trilogy, David Mitchell’s The Bone Clocks is the Cloud Atlas author’s first new novel in four years, Cherie Priest’s Maplecroft gives us Lizzie Borden and her axe, we find out what happens to an angel on the run after Sleeping Late on Judgement Day, and Wil Wheaton narrates an audiobook adaptation of Randall Munroe’s What If? Also out this week: Seanan McGuire’s The Winter Long, Gregory Sherl’s The Future for Curious People, Sylvia Izzo Hunter’s The Midnight Queen, Charlie N. Holmberg’s The Paper Magician, Richard Parks’ Yamada Monogatari: Demon Hunter, along with an absolutely unbelievable lineup of narrators for the complete run of Ian Fleming’s James Bond novels and! thrillers galore, including Tana French’s The Secret Place. Seen but not heard picks include: Stuart Rojstaczer’s The Mathematician’s Shiva, Ben Lerner’s 10:04, Tony Daniel and David Drake’s The Savior, J.F. Lewis’ Grudgebearer, and Nina Allen’s The Race. Plenty of news and links to share this week: Ellen Kushner talks audiobooks with Forbes, Veronica Scott talks audiobooks with USA Today, Ford is giving away copies of Edan Lepucki’s California, Simon & Schuster Audio is having a massive thriller audiobook giveaway contest, and indie narrator Jeff Hays did an “ask me anything” on reddit. OK! By the time you read this, Robert Jackson Bennett’s City of Stairs, Emily St. John Mandel’s Station Eleven, Steven Gould’s Exo, and Neal Stephenson’s Hieroglyph anthology will already be out. (Not to mention Siobhan Adcock’s The Barter, which already is, and, finally! The Rabbit Back Literature Society which is due September 11.) Happy listening! 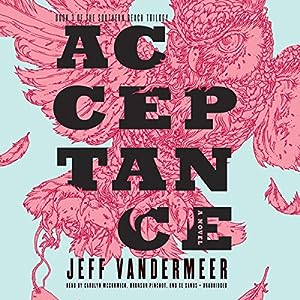 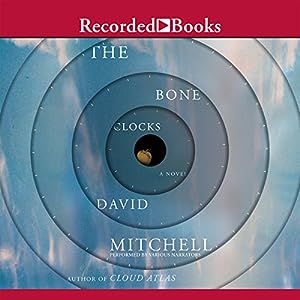 [Note: the following review contains material spoilers for the first two books in the series, but attempts to cover in detail only early events in Acceptance, with the primary spoilage being which narrators voice which characters, which also implies detailing which characters appear in the book.]

I expected Sands’ “Director” to blow me away, and it does, her voice full of texture and emotion, regret and frustration. The book opens with Sands as “The Director”, whom we learned in Authority was also the unnamed “psychologist” from Annihilation. VanderMeer’s use of second person in her chapters is genius — as an interview with Electric Literature highlights — making the emotional undercurrents punch even more — which, as in the first chapter we are experiencing her death on the beach below the lighthouse, shouting “Annihilation! Annihilation!” as the biologist approaches, is indeed quite an escalation. Ensuing chapters from her POV pick up much earlier, with events at The Southern Reach well prior to Annihilation, including some events we’ve seen referenced and reported on in the previous books as well as complex, unexpected connections made all the richer for having only seen them shallowly or through second-hand eyes.

I didn’t expect to be so drawn by the character of the lighthouse keeper, or that we’d be in his point of view at all. Pinchot later reprises his role as “Control” a.k.a. “John Rodriguez” from Authority as well, but from the first lines of “0001: The Lighthouse Keeper” Pinchot’s portrayal of Saul Evans is fantastic. Right away we are introduced to two members of the S&SB — the “Séance & Science Brigade” — and, through these chapters, we begin to get glimpses and glimmers of the origins of Area X. We also get to know Gloria, a grade-school-aged girl who plays on the rocks near the lighthouse, and the way Pinchot brings VanderMeer’s characterization of her direct, no-nonsense conversations with Saul to remarkable life is truly a delight.

I really didn’t expect either the “Ghost Bird” point of view or even more that these would be read by Pinchot instead of McCormick, who narrated the biologist’s journal that is Annihilation in its entirety. In Authority, “Ghost Bird” is presented as either the biologist herself, returned from Area X and hiding crucial information, or perhaps a copy. But as the audiobook for Acceptance continues the choice of using Pinchot is also revealed as inspired. When we last left Ghost Bird and Control, they were diving into a tide pool that was also, somehow, a new door into Area X. Now, emerged inside Area X, we follow their journey across its landscape, looking for answers.

And here is where Acceptance must, and does, earn its complexity of construction. At some level any answers in detail can be a disappointment when compared to the unknowable possibilities of the unanswered or even unanswerable. But when fleshed out and allowed to breathe, to grow organically, fractally through the text, like a frog sitting in a pot as it cooks, your comfort is all the more shattered for the illusion of answers which Acceptance offers and considers and discards, achieving a balance of explanation and mystery which makes this trilogy even more special. Annihilation was fantastic, concluding with perhaps infinitely more questions than answers, and yet ending in a way that evoked satisfaction and completeness. By continuing first into the halls of The Southern Reach in Authority and now back again into Area X with Acceptance the author risked spoiling that, in making the missteps that other stories have made, in tarnishing the achievement that Annihilation was and is. VanderMeer did not play it safe, and we’re all the more rewarded for it. From the first-person journal account of the biologist, to the close third person of “Control” and the spy novel themes of the second book, to exploding ever outward in scope and length and complexity, The Southern Reach Trilogy is an ambitious and unequivocal success, having traversed from solitary account through the transitional ground of investigation and, finally, a powerful ensemble cast rumination on acceptance itself.

Lastly, however, I must note that while the performances on the audiobook are fantastic, some audio re-take splices are noticeable here and there. Nothing to the point of true distraction, but at a level one doesn’t expect from a professionally-produced audiobook. Perhaps this is only an artifact of the Downpour.com digital release (downloaded Monday Sep 1 at 12:05 AM) and more care was taken during the CD mastering process. More: Tor.com, New Statesman, Slate, Chuck Wendig. Buy: [IndieBound | Downpour | Audible | Kobo | Kindle]

The Bone Clocks: A Novel by Mitchell, David (Random House, Sep 2, 2014) — the author of Cloud Atlas sets his sights on the near, post-oil future with a “metaphysical thriller” unveiled as an interactive graphic in The Guardian. The audiobook is narrated by Jessica Ball, Leon Williams, Colin Mace, Steven Crossley, Laurel Lefkow, and Anna Bentinck for Recorded Books. “Following a scalding row with her mother, 15-year-old Holly Sykes slams the door on her old life. But Holly is no typical teenage runaway: A sensitive child once contacted by voices she knew only as “the radio people,” Holly is a lightning rod for psychic phenomena. Now, as she wanders deeper into the English countryside, visions and coincidences reorder her reality until they assume the aura of a nightmare brought to life.” Buy: [IndieBound | Audible | Kobo | Kindle] 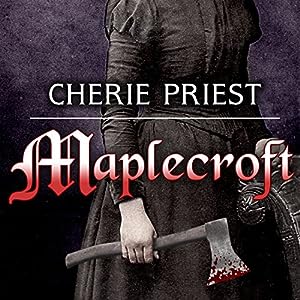 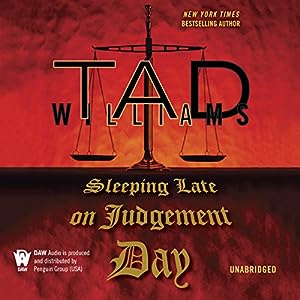 Maplecroft: The Borden Dispatches by Cherie Priest (Roc Trade, Sep 2) — “Lizzie Borden took an axe and gave her mother forty whacks; and when she saw what she had done, she gave her father forty-one…. The people of Fall River, Massachusetts, fear me. Perhaps rightfully so. I remain a suspect in the brutal deaths of my father and his second wife despite the verdict of innocence at my trial. With our inheritance, my sister, Emma, and I have taken up residence in Maplecroft, a mansion near the sea and far from gossip and scrutiny. But it is not far enough from the affliction that possessed my parents. Their characters, their very souls, were consumed from within by something that left malevolent entities in their place. It originates from the ocean’s depths, plaguing the populace with tides of nightmares and madness.” Narrated by Johanna Parker and Roger Wayne for Tantor Audio, the book has picked up some fantastic reviews from RT and Fantasy Literature (“A gothic tour de force by a writer at the peak of her powers”). While I’m much more familiar with Priest’s Clockwork Century novels (Boneshaker et al.) I’m looking forward to this Lovecraftian take on the infamous murders. Buy: [IndieBound | Audible | Kobo | Kindle]

Sleeping Late On Judgement Day: A Bobby Dollar Novel by Tad Williams (DAW Hardcover, September 2) — “Where does an angel go when he’s been to Hell and back? Renegade angel Bobby Dollar does not have an easy afterlife. After surviving the myriad gruesome dangers Hell oh-so-kindly offered him, Bobby has returned empty-handed – his demon girlfriend Casmira, the Countess of Cold Hands, is still in the clutches of Eligor, Grand Duke of Hell. Some hell of a rescue. Forced to admit his failure, Bobby ends up back at his job as an angel advocate. That is, until Walter, an old angel friend whom Bobby never thought he’d see again, shows up at the local bar. The last time he saw Walter was in Hell, when Walter had tried to warn him about one of Bobby’s angel superiors. But now Walter can’t remember anything, and Bobby doesn’t know whom to trust.” I’ve thoroughly enjoyed the first two Bobby Dollar audiobooks (The Dirty Streets of Heaven and Happy Hour in Hell) and am looking forward to finally finding out what the hell is going on among the big powers. George Newbern has been the voice of Bobby Dollar for Penguin Audio thus far and has been fantastic, so it’s no surprise he’s back again for the third installment. Buy: [IndieBound | Downpour | Audible | Kobo | Kindle | Overdrive]

What If? Serious Scientific Answers to Absurd Hypothetical Questions by Randall Munroe, read by Wil Wheaton for Blackstone Audio — “From the creator of the wildly popular webcomic xkcd comes this hilarious and informative book of answers to important questions you probably never thought to ask.” Cory Doctorow reviews the production effusively at BoingBoing, saying: “There is, incredibly enough, an audiobook of What If?, which is a weird idea, given how much the explanations rely on Munroe’s charming diagrams. But the book is read by Wil Wheaton, who is, for my money, the best audiobook narrator working today, and it was produced by Blackstone Audio and recorded at Skyboat in Los Angeles, who do outstanding work, and they all labored mightily with Munroe to turn the diagrams into spoken word (and there’s an accompanying PDF, which also helps).” No word from Doctorow, however, as to how many digits of “pi” Wheaton had to read for this audiobook. More: [Soundcloud] Buy: [IndieBound | Downpour | Audible | Kobo | Kindle] 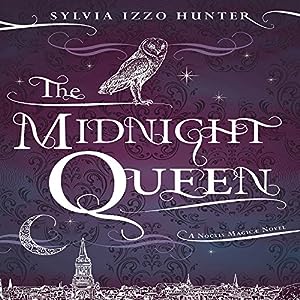 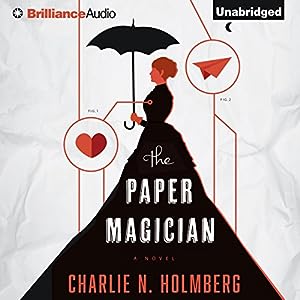 3 Responses to Release Week: Acceptance, The Bone Clocks, Maplecroft, Sleeping Late on Judgement Day, and Randall Munroe’s “What If?”