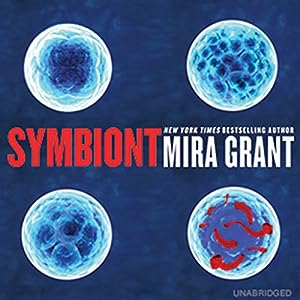 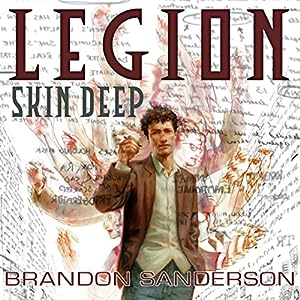 Symbiont by Mira Grant (Orbit and Hachette Audio, Nov 25, 2014) is the second book in Grant’s Parasitology series: “The SymboGen designed tapeworms were created to relieve humanity of disease and sickness. But the implants in the majority of the world’s population began attacking their hosts turning them into a ravenous horde. Now those who do not appear to be afflicted are being gathered for quarantine as panic spreads, but Sal and her companions must discover how the tapeworms are taking over their hosts, what their eventual goal is, and how they can be stopped.” Read by Christine Lakin, reprising her role as narrator from Parasite, while there is much “well, this is the middle of a trilogy” going on, there’s also: chases, escapes, and a particular strain of existential angst that, probably, only Mira Grant can provide. Get: [Downpour | Audible]

Legion: Skin Deep By Brandon Sanderson, Narrated By Oliver Wyman (Nov 24) is the long-awaited — wait, can I call it long-awaited if it’s only been barely more than two years since Legion — second book featuring the many personalities of Stephen Leeds, a role that’s positively inhabited once again by Wyman. (There might just be enough going on in Leeds’ head to keep even Wyman fully occupied.) Here: “As the new story begins, Leeds and his “aspects” are hired by I3 (Innovative Information Incorporated) to recover a corpse stolen from the local morgue. But there’s a catch. The corpse is that of a pioneer in the field of experimental biotechnology, a man whose work concerned the use of the human body as a massive storage device. He may have embedded something in the cells of his now dead body. And that something might be dangerous.” 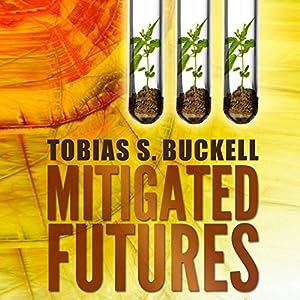 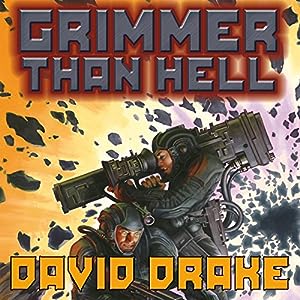 Mitigated Futures by Tobias Buckell, narrated by Prentice Onayemi, Jay Snyder, Jeena Yi, Allyson Johnson, Christian Rummel, and Jonathan Davis for Audible (Nov 24) — Hot on the heels of his Xenogenesis series re-launching in audio, with many (if not all?) of the stories also available standalone, this is Buckell’s Kickstarter-backed 2012 collection, including one of my all-time favorites, “A Jar of Goodwill”. In all: “Twelve science fiction stories about the oncoming future, each of them representing a possible glimpse of what could be just around the corner… or much further down the corridor. These stories previously appeared in places like Clarkesworld Magazine, The Year’s Best SF, Subterranean Magazine, and in various anthologies. They deal with the future of war, our climate, and technology’s effect on our lives.”

Grimmer Than Hell by David Drake, narrated by Bronson Pinchot for Audible (Nov 24) — Holy Mary, Mother of God, Pinchot reading Drake is a thing which has happened. Oh. My. God. Listen: I’ve loved Stefan Rudnicki’s work on Drake’s Hammer’s Slammers and Jay Snyder is no slouch, either — he does have a lovely singing voice for military songs. Ray Porter brings the horror to Drake’s Reaches, Michael Page is one of the outstanding voices of epic fantasy (and brings it on Drake’s Lord of the Isles series) and Victor Bevine pretty much is Lt. Leary. But Pinchot’s delightful, almost disbelieving recounting of some of Drake’s grimmer stories is simply wonderful to behold. (Or whatever the word is for beholding in one’s ear. Be-heared?) Which stories? These: “A prime volume by best-selling author David Drake explores a future world where the police have cameras watching everybody, everywhere, 24-7… and introduces Lacey, the man who watches the watchmen. Then Drake segues to a very different, but no less foreboding future where the Fleet preserves the peace in the galaxy – in theory at least, and at a cost which is extremely high, and not just in money or even in lives. And much more, as the reader is taken on a guided tour of the many worlds of David Drake… a tour in which the luxuries are few, the gritty realism is ever-present, and the excitement never stops.” The ISFDB page for the collection lists the full table of contents, which includes Drake’s 6 “The Fleet” stories, his 2 “Battlestation” novelettes, the 3 “Jed Lacey” novelettes, and a few standalone stories as well. 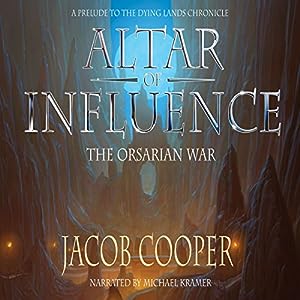 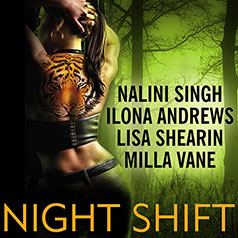 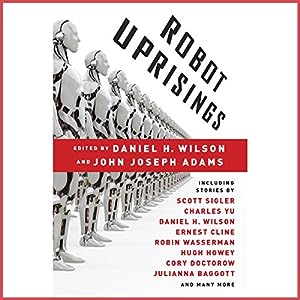 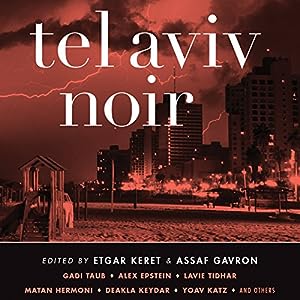