Rather than share/Tweet these four fantastic fiction deals one at a time, I figured I’d just quickly round them up here. Enjoy! But act fast, as these are only good through the wee hours after midnight tonight: 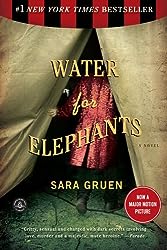 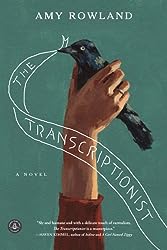 Water for Elephants: A Novel by Sara Gruen (Author), David LeDoux (Narrator), John Randolph Jones (Narrator), for $1.99+$3.95 — “Nonagenarian Jacob Jankowski reflects back on his wild and wondrous days with a circus. It’s the Depression Era and Jacob, finding himself parentless and penniless, joins the Benzini Brothers Most Spectacular Show on Earth. There he meets the freaks, grifters, and misfits that populate this world. Jacob introduces us to Marlena, beautiful star of the equestrian act; to August, her charismatic but twisted husband (and the circus’ animal trainer); and to Rosie, a seemingly untrainable elephant.”

The Transcriptionist: A Novel by Amy Rowland (Author), Xe Sands (Narrator) for $%1.99+$4.49 — “Lena, the transcriptionist, sits alone in a room far away from the hum of the newsroom that is the heart of the Record, the big city newspaper for which she works. For years, she has been the ever-present link for reporters calling in stories from around the world. Hooked up to a machine that turns spoken words to print, Lena is the vein that connects the organs of the paper. She is loyal, she is unquestioning, yet technology is dictating that her days there are numbered. When she reads a shocking piece in the paper about a Jane Doe mauled to death by a lion, she recognizes the woman in the picture. They had met on a bus just a few days before. Obsessed with understanding what caused the woman to deliberately climb into the lion¿s den, Lena begins a campaign for truth that will destroy the Record‘s complacency and shake the venerable institution to its very foundation. In doing so she also recovers a life – her own.” 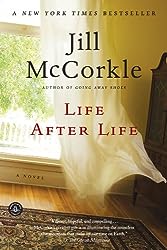 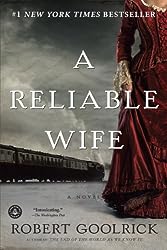 Life After Life: A Novel by Jill McCorkle (Author), Holly Fielding (Narrator) for $1.99+$3.99 — “Jill McCorkle’s first novel in 17 years is alive with the daily triumphs and challenges of the residents and staff of Pine Haven Estates, a retirement facility now home to a good many of Fulton, North Carolina’s older citizens. Among them, third-grade teacher Sadie Randolph, who has taught every child in town and believes we are all eight years old in our hearts; Stanley Stone, once Fulton’s most prominent lawyer, now feigning dementia to escape life with his son; Marge Walker, the town’s self-appointed conveyor of social status who keeps a scrapbook of every local murder and heinous crime; and Rachel Silverman, recently widowed, whose decision to leave her Massachusetts home and settle in Fulton is a mystery to everyone but her. C.J., the pierced and tattooed young mother who runs the beauty shop, and Joanna, the hospice volunteer who discovers that her path to a good life lies with helping folks achieve good deaths, are two of the staff on whom the residents depend.”

A Reliable Wife by Robert Goolrick (Author), Mark Feuerstein (Narrator) for $1.99+$3.99 — “When a wealthy man first meets his mail-order bride in 1907, he realizes this statuesque beauty is anything but a ‘simple missionary’s daughter.’ But he doesn’t know of her devious plan to leave Wisconsin as a rich widow. Nor does she know of the furious demons he longs to unleash during the lonely months of snowbound isolation.”