OCTOBER 2-8, 2013: A very welcome Recorded Books release of a sf legend’s new novel, a new Dave Eggers “very near future” dystopian satire of a culture devoted to selling their privacy for convenience, an anthology of climate change stories, and book two in Brenda Cooper’s Ruby’s Song all make for a delightful set of release week picks. Meanwhile in the “also out” listings you can find collections from Connie Willis and Nancy Kilpatrick, a Shakespearean Star Wars riff, Chuck Palahniuk’s Doomed, the first of David Dalglish’s Shadowdance books, and all-star narrators Stefan Rudnicki, Oliver Wyman, Nick Podehl, and Justine Eyre, among many others. In the “missing” you’ll find authors Scott Lynch (though thankfully not for long), Nick Mamatas, Christopher Buehlman (also not for long), Nathan Kotecki, and Nnedi Okorafor. And! Some fun news this week, as the next round of METAtropolis narrators have been listed. Enjoy!

Out in late August from Tor Books and now in audio from Recorded Books, Transcendental by James Gunn is the sf legend’s first new novel in several years. Narrated By T. Ryder Smith, the book tells the story of “Riley, a veteran of interstellar war, is one of many beings from many different worlds aboard a ship on a pilgrimage that spans the galaxy. However, he is not journeying to achieve transcendence, a vague mystical concept that has drawn everyone else on the ship to this journey into the unknown at the far edge of the galaxy. His mission is to find and kill the prophet who is reputed to help others transcend. While their ship speeds through space, the voyage is marred by violence and betrayal, making it clear that some of the ship’s passengers are not the spiritual seekers they claim to be. Like the pilgrims in Chaucer’s Canterbury Tales, a number of those on the starship share their unique stories. But as tensions rise, Riley realizes that the ship is less like the Canterbury Tales and more like a harrowing, deadly ship of fools.” 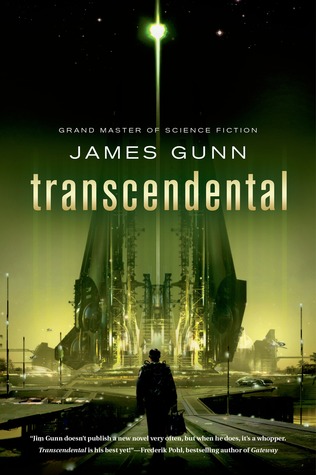 The Circle by Dave Eggers (Knopf / Random House Audio) is, in a fairly orthogonal change of pace for the McSweeney’s publisher and author of frequently-acclaimed literary novels, a technothriller set in a “very near future” dystopia of (voluntarily! gladly!) disappeared privacy; read by Dion Graham. “What begins as the captivating story of one woman’s ambition and idealism soon becomes a heart-racing novel of suspense, raising questions about memory, history, privacy, democracy, and the limits of human knowledge.”

I can’t quite remember for sure how I became aware of the early 2011, OR Books published anthology Welcome to the Greenhouse: New Science Fiction on Climate Change, but it’s likely due to its being edited by long-time Fantasy & Science Fiction editor Gordon Van Gelder. With stories from (among others) Bruce Sterling, Gregory Benford, Paul Di Filippo, and Alan Dean Foster, the anthology brings together a varied approach to speculations on climate change in fiction. Here, it’s narrated By Bob Dunsworth for Audible Inc. 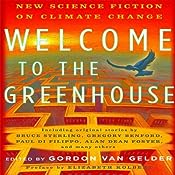 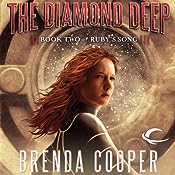 Brenda Cooper’s 2012 Pyr novel The Creative Fire introduced kick-ass protagonist Ruby Martin, robot repair technician on the rigidly socially stratified generation ship the Creative Fire. Yetta Gottesman voiced book one in the series for Audible Frontiers, and for The Diamond Deep: Ruby’s Song, Book 2 Kate Reinders takes over as the voice of Ruby in this “character-driven, social science fiction inspired by the life of Evita Peron”. Here: “The discovery ship, Creative Fire, is on its way home from a multi-generational journey. But home is nothing like the crew expected. They have been gone for generations, and the system they return to is now home to technologies and riches beyond their wildest dreams. But, they are immediately oppressed and relegated to the lowest status imaginable, barely able to interact with the technologies and people of the star station where they dock, the Diamond Deep. Ruby Martin and her partner, Joel North, must find a way to learn what they need to know and become more than they have ever been – if they are to find a way to save their people.” 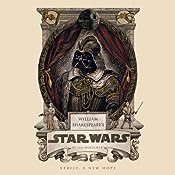 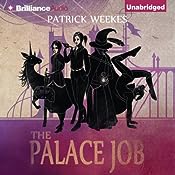 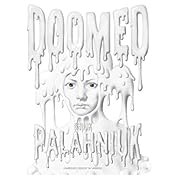 MACMILLAN AUDIO: The Fall of the Governor: The Walking Dead, Book 3 By Robert Kirkman and Jay Bonansinga, Narrated By Fred Berman

LISTENING LIBRARY: (Teen) The Eye of Minds By James Dashner, Narrated By Erik Davies; Will in Scarlet By Matthew Cody, Narrated By Maxwell Caulfield

INDIE: The Passenger: Surviving the Dead By James Cook and Joshua Guess, Narrated By Jordan Leigh; and The Device By Patrick Skelton, Narrated By Kurt Feldner 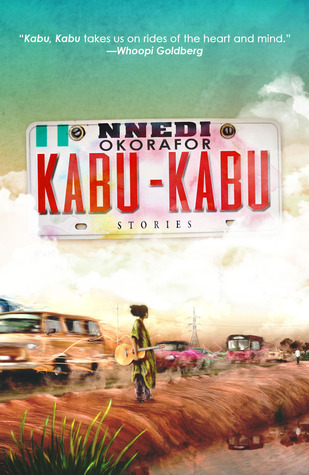 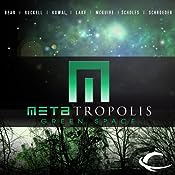